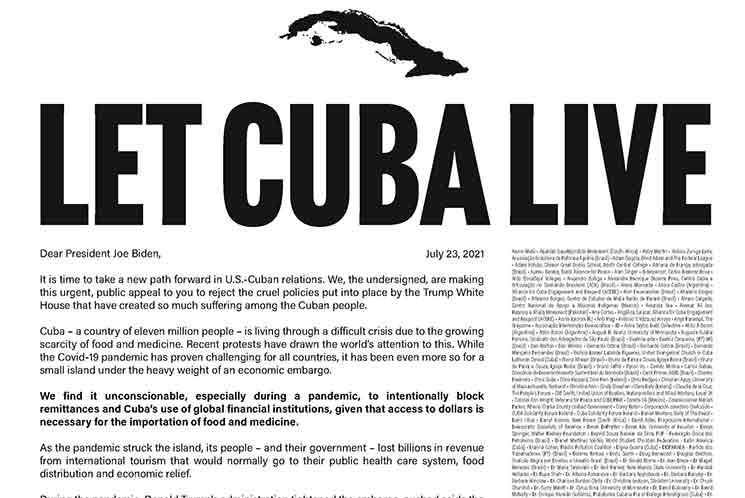 New York, July 23 (RHC) -- More than 400 personalities hailing from all corners of the world signed an open letter to US President Joe Biden with the title Let Cuba Live.

The text urges the Biden administration to take a new path forward in US Cuba relations and made an open appeal to the President to reject the cruel policies put into place by the Trump White House.

After recalling that Cuba is living through a difficult crisis, due to the growing scarcity of food and medicine, they said they find it unconscionable, especially during a pandemic, to intentionally block remittances and Cuba´s use of financial institutions.

Likewise, the call against the blockade has the support of the British Jeremy Corbyn; Reverend Jim Winkler, of the United States Council of Churches; Brazilian theologian Frei Beto; Nobel Peace Prize winner Adolfo Pérez Esquivel; and organizations such as People´s Forum, the ANSWER coalition, and CODEPINK.