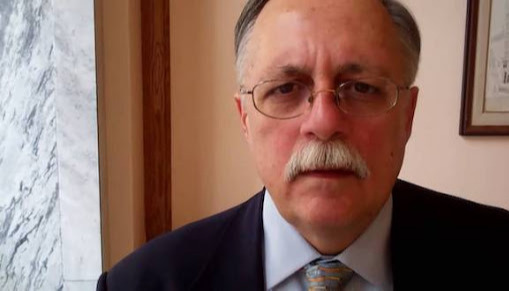 Havana, Aug 9 (RHC)--Cuban-American lawyer José Pertierra considered that U.S. President Joe Biden chose as advisors a cast without the necessary creativity or courage to make a turn in the hostile policy towards Cuba.

That, in his opinion, is one of the factors that influence why the current U.S. administration maintains the same guidelines regarding the island as former President Donald Trump, who with 243 measures reinforced the economic blockade of the largest of the Caribbean island.

Added to that is the dispute for the Cuban-American vote in the southern state of Florida since the Democrats intend to win there with a stance as aggressive or more than that of the former Republican governor, Pertierra explained in an interview to Cubavisión Internacional's Mundo 20/20 program.

According to the lawyer, that is a mistaken idea. The opinion is shared by Ben Rhodes, one of the architects of former President Barack Obama's (2009-2017) policy towards Cuba, for whom the strategy should be different from that of Trump.

Precisely Obama, with his approach, attracted more Cubans who thought differently than the wealthy minority in Miami and thus broke the siege of propaganda. Still, Biden does not have those advisors and his advisors, on the contrary, advise him to please the Trumpists, the lawyer commented.

Likewise, he referred to how the U.S. media dealt with the riots of last July 11 in the Caribbean nation, where a group of citizens took to the streets due to a destabilization campaign promoted from abroad through social media.

In the United States, the news that advanced in the propaganda machine was: 'the Cuban people rebelled,' not limited to social networks, but penetrated the traditional and corporate press, the analyst stressed.

In addition, he regretted how 'Miami hatred is inherited,' referring to those who speak out against the Cuban government and with rude phrases and insults call for an intervention on the island without considering the consequences.

In that southern city, there is a lot of hatred against Cuba from those who have political and economic control there, and it is challenging to break that siege, said Pertierra.

The expert praised the Bridges of Love project, coordinated by Cuban-American professor Carlos Lazo, which brings together people of different political ideologies, but who agree on the need to end Washington's sanctions against Cuban families.

For Pertierra, Lazo, with his initiative and his recent walking tour from Miami, Florida, to Washington D.C., realized that the battle is not in the southern U.S. locality but the small towns of this northern country.