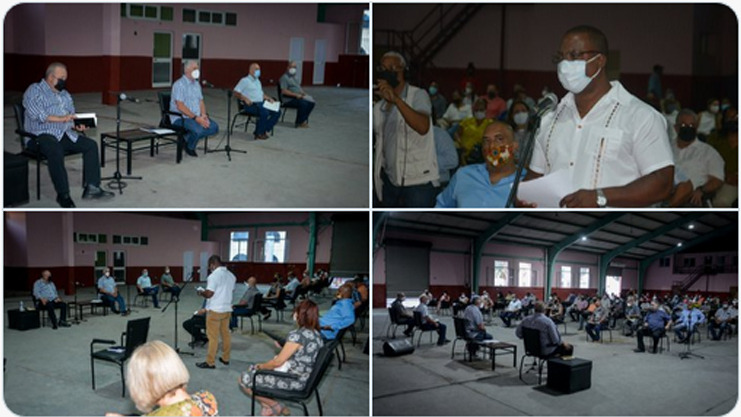 'In the Jesús Montané sports complex, the President spoke about social work in the neighborhoods, reported the Twitter account of the Presidency of the Republic.

According to several tweets from the Presidency,  Diaz-Canel recalled that the meeting took place on the eve of the 95th birthday of Commander in Chief Fidel Castro, who was an eternal promoter of social work in the communities.

The community activity and the importance of the participation of the population in the solution of local problems and the activation of social life, the work with purpose and commitment, were recurrent in participants statements.

Problems and obstacles to work were exposed and achievements, and the connection of local projects with science and innovation activities with Higher Education centers focusing on natural health products, construction materials, recreation, and youth employment.

Experiences were heard from various sectors of the economic and social life from all over Havana; difficulties, the need for greater dissemination in social media platforms and the growing incorporation of young people to local work .

In the last few days, the Head of State has headed meetings with representatives of various sectors of society, among them young people, peasants, economists, religious, and jurists.

At the same time, governmental workgroups are visiting other neighborhoods of Havana and other parts of the country to attend to the population's needs.