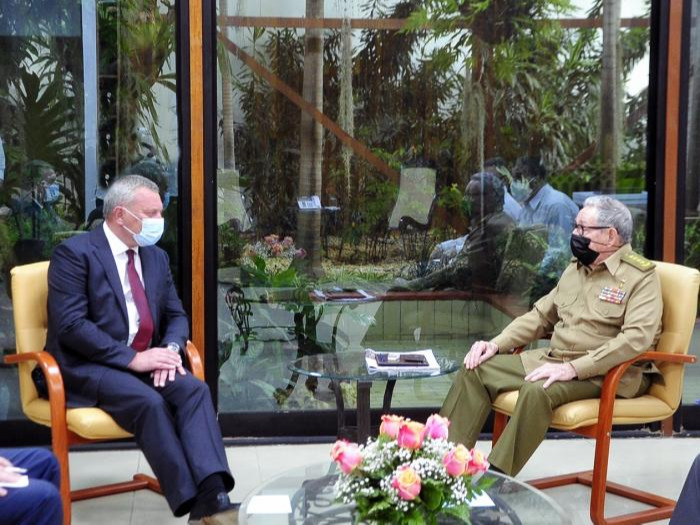 Havana, October 13 (RHC)-- Army General Raul Castro received on Wednesday the vice-president of the Government of the Russian Federation, Yuri Borisov. Both described as excellent the ties between the two countries and ratified their willingness to strengthen them further.

According to a local television report, the Moscow representative presented Raul Castro with replicas of medals awarded by the former Soviet Union to the historic leader of the Revolution, Fidel Castro.

The Army general highlighted the role of Fidel Castro in the development of relations between the two nations and sent greetings to Russian President Vladimir Putin.

On Tuesday, Cuban President Miguel Díaz-Canel and Borisov, who is on a working visit to Havana, discussed prospects for cooperation.

The president thanked that nation for the help offered to face the Covid-19 pandemic amid the tightening of the economic, commercial, and financial blockade imposed by the United States on the island for almost six decades.