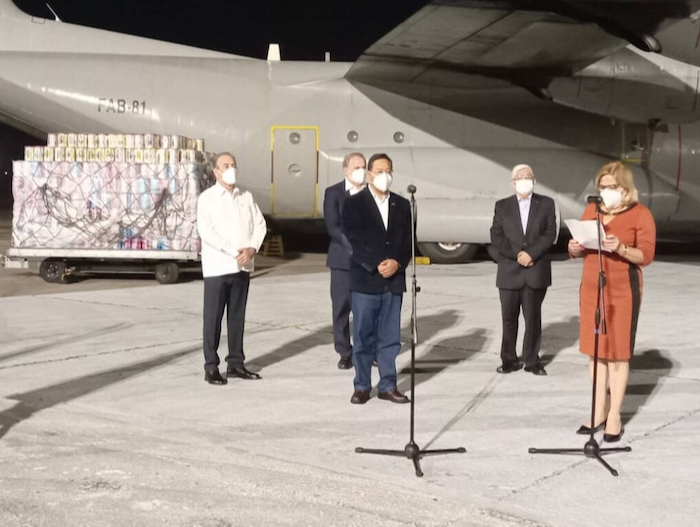 Havana, December 14 (RHC)-- The President of the Plurinational State of Bolivia, Luis Arce, who will attend the 20th ALBA-TCP Summit in Havana on Tuesday, arrived Monday in Cuba with a donation of medicines and food.

On behalf of the Caribbean nation, González thanked Arce for the donation, which contains 20 tons of medicines, health supplies, and food supplies, amid the context of the Covid-19 pandemic, which "affects all countries regardless of their level of development."

He recalled that Cuba also faces the intensification of the U.S. economic, commercial and financial blockade, which is condemned every year by the international community and constitutes the main obstacle to the development of our economy.

Last July, Cuba received from Bolivia a first donation that ratifies the bonds of friendship between both countries.

The official also insisted on the certainty that the Bolivian people would overcome the destabilizing attempts that seek to break the constitutional order and ratified that the relations between the nations "will be strengthened."