Angola’s MPLA congratulates Cuba on anniversary of its Revolution 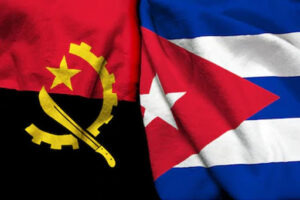 Luanda, January 2 (RHC)-- The ruling Popular Movement for the Liberation of Angola (MPLA) congratulated Cuba on the 63rd anniversary of the triumph of the Revolution.

Signed by MPLA Vice President Luisa Damiao, the message conveys a “fraternal and warm greeting” to the Communist Party of Cuba (PCC), recognizing its essential role in constructing a prosperous nation with a view to the entire people’s social welfare.

At the same time, it acknowledged the work of the political organization in the implementation of Cuba’s internationalist vocation, “bringing solidarity to those who need it throughout the world.”

According to the MPLA, under the leadership of President Miguel Diaz-Canel, the PCC “will continue promoting the political and socio-economic transformations in the country’s development, despite the reprehensible economic, financial and commercial blockade imposed by the United States for several decades.”

The letter also reiterates its recognition of Cuba’s unwavering solidarity with the Angolan people. It reaffirms the purpose of continually strengthening the ties of friendship, solidarity, and cooperation that unite the two parties and peoples.