Miami sit-in calls for an end to the U.S. blockade of Cuba 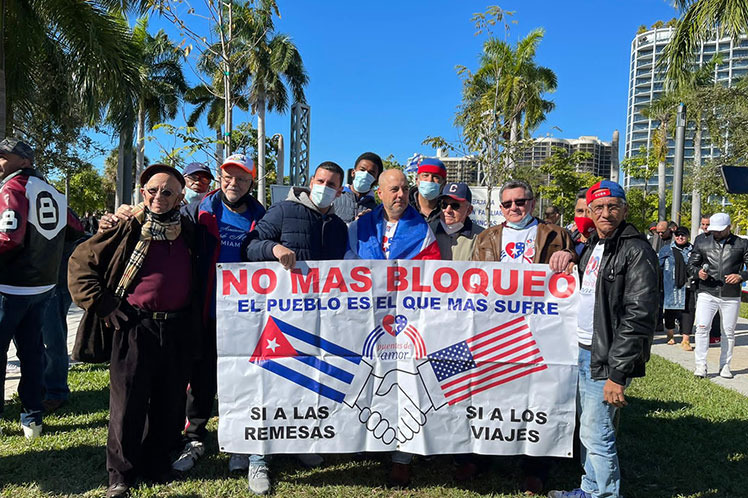 Washington, January 30 (RHC)--Members of the Bridges of Love project, together with friends of Cuba in the United States, reiterated on Sunday their demand for an end to the blockade that for more than six decades has been trying to suffocate the people of the island.

Activist Carlos Lazo, the initiative coordinator, told Prensa Latina that Cuban-Americans and Americans united in a sit-in in Miami to remember the moment 60 years ago when Democratic President John F. Kennedy made the unilateral siege of the Caribbean country official. 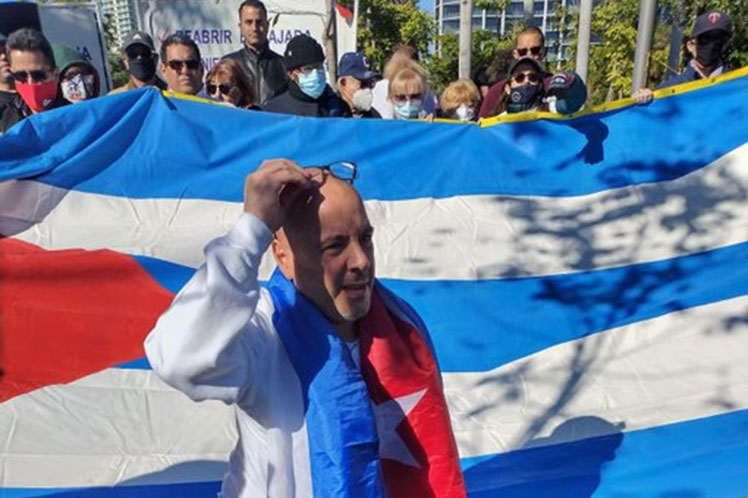 To the shout of "Cuba yes, blockade no!", the participants in the day ratified, as Lazo said, that "we are fighting for the Cuban people because we owe it to them."

Puentes de Amor is one of the most active groups in the broad movement to lift this hostile policy that has survived 11 White House administrations, both Democratic and Republican.

In December, Professor Lazo traveled to Italy for a pilgrimage that ended at the Vatican. They called for an end to all coercive measures that cause suffering to the Cuban family.

Also, members of the solidarity project carried out in July last year a walk of more than two thousand kilometers -the distance that separates Miami from Washington, D.C-. At the end of the march, they assembled in front of the executive mansion to demand that President Joe Biden fulfill his campaign promises in 2020.

The Democrat affirmed that if he became president of the United States, he would reverse the "Trump sanctions," who throughout his term (2017-2021) applied 243 provisions that tightened the blockade on Cuba, more than 50 of them adopted in times of the Covid-19 pandemic.

However, more than a year after taking office, Biden has not rectified his policy towards Cuba, which, for the members of Bridges of Love, would mean resuming the path of normalization of relations initiated in the last stage of his administration by Barack Obama.