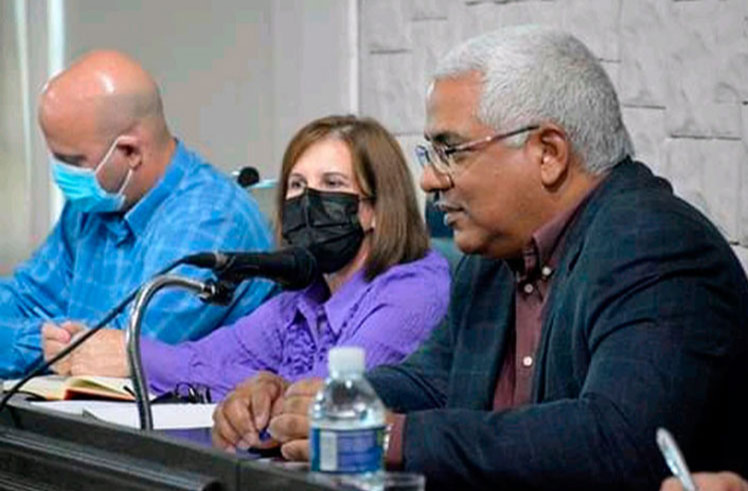 Cuban Justice Minister Oscar Silvera (R) stressed the importance of the Code's approval being carried out in a democratic and participatory manner.

Havana, February 9 (RHC)-- Cuban Justice Minister Oscar Silvera highlighted Tuesday in the central city of Santa Clara, the role played by this sector in accompanying the popular consultation on the Family Code bill, which began on February 1. During a working meeting with the Directorate of Justice in the province of Villa Clara, the minister stressed that the process fulfills an important requirement associated with the participation of the people in the contribution and definition of its concepts, and it is essential that people study it, assess its content and give their opinion.

The also deputy to the National Assembly of People's Power emphasized that the presence of jurists and electoral authorities in the constituency meetings allows explaining the content of the project in the most feasible and clearest way possible. He said that, in addition, it makes possible the clarification of doubts and the presentation of arguments so that voters know the most significant aspects contained in its 11 titles. Silvera highlighted the transcendence of the approval of the Code being carried out in a democratic and participatory manner.

"The exchange with the people will improve its quality, before being submitted again to the analysis within the Cuban Parliament, so that in due time the date of the referendum can be defined," he emphasized. The meeting addressed the problems affecting the sector and the results at the stage, associated with issues such as the provision of services and legal advice. (Source: PL)