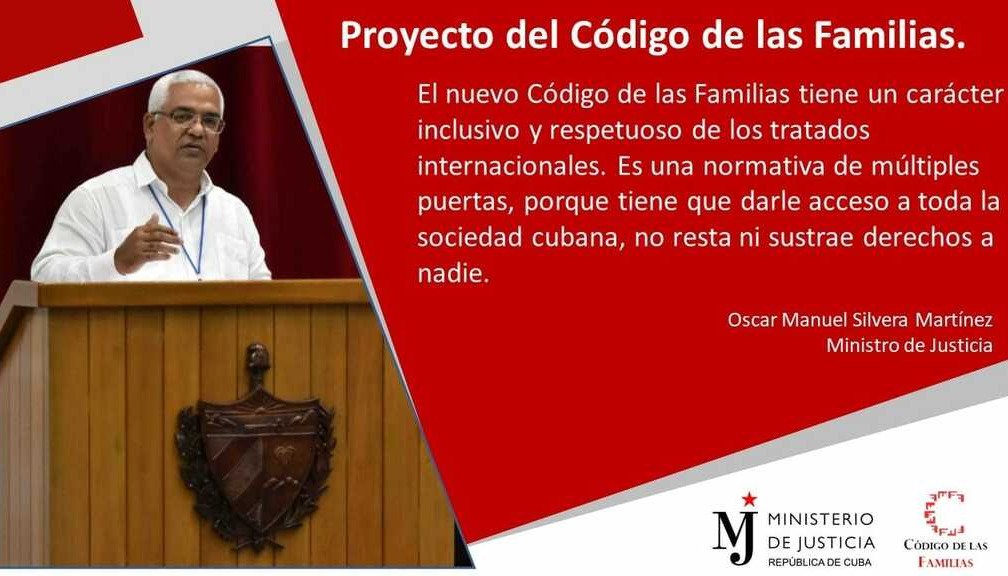 Matanzas, February 13 (RHC)-- Cuban Justice Minister Oscar Silvera Martinez assured this week in this province that the debate on the draft Family Code, which is being carried out as a popular consultation, goes beyond the community because its relevance leads to the need to discuss it in work centers, students and homes.

During a meeting with professionals in the field at the José White Concert Hall, in Matanzas, the minister emphasized that the consultation process cannot be seen as something concerning only a specific time and place because people must also exchange about it in daily life to gain in analysis.

The approval of the project is a long but necessary path for the Cuba of the future in which the role of the family becomes a pillar of society, schools and institutions are part of that family context, he said in an exchange that was attended by Felix A. Gonzalez Cabrera, provincial director of justice.