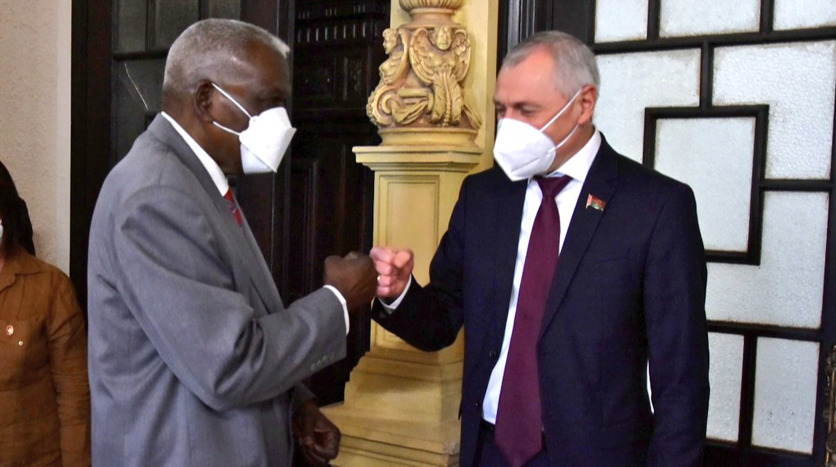 Lazo (L) received the visitor at the headquarters of the Cuban Parliament.
Photo: @AsambleaCuba

The official Twitter account of the Cuban Parliament reported that Lazo Hernandez received the visitor at the National Capitol.  Mitskevich is visiting the island these days at the invitation of the ANPP.

In a series of tweets, the Assembly reported that the meeting was also attended by Ana María Mari Machado and Homero Acosta, vice president and secretary of the Parliament, respectively, and Yolanda Ferrer, president of the Permanent Commission on International Relations.

Cuba and Belarus have maintained uninterrupted relations since 1992, which are currently rated as very good.

Political dialogue has been established at the highest level, and both governments prioritize bilateral ties.