Cuba warns at the U.N. that Washington maintains coercive measures against the island 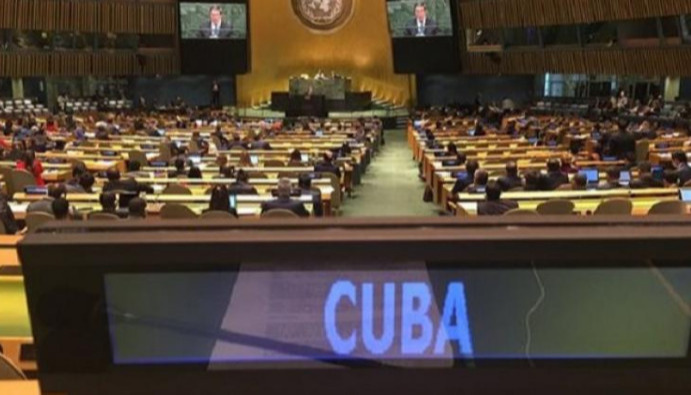 United Nations, February 16 (RHC)-- Although Joe Biden's administration said it had ordered a review of the impact of unilateral coercive measures in the fight against the pandemic; the U.S. government is still maintaining unchanged sanctions against Cuba, said the Cuban mission to the U.N.

In a press release, Cuba explained that, unlike other countries, no modification was announced to the measures in force about the island, thus ignoring the damage caused by the blockade, notably reinforced under the effects of the health crisis.

"The U.S. blockade together with the multidimensional crisis caused by Covid-19 led the Cuban state to face enormous obstacles in obtaining the basic resources essential to guarantee the functioning of the national health system," the text points out.

The statement said that only in reagents, medical equipment, means of protection, disposable material, and medicines, the Caribbean island invested in 2020 some 102 million dollars not foreseen in its economic plan.

In the first half of 2021, the statement added that this investment amounted to 82 million dollars amid obstacles to access suppliers, banking operations, high prices, and other inconveniences derived from the U.S. blockade.

The release stressed that from the pandemic beginning until mid-2021, Cuba invested  184 million dollars above what was foreseen to combat Covid-19.

Along with the multiple restrictions of the U.S. blockade, the island faces the intimidating effect of the persecution against its financial transactions abroad. This has generated significant additional expenses, considerable shortages, and shortages in the national health system.

The statement illustrated that in March 2021, negotiations for the shipment of a container of disposable syringes to Cuba were interrupted, as the British bank HSBC informed the supplier that it could not carry out payment transactions destined for the island.