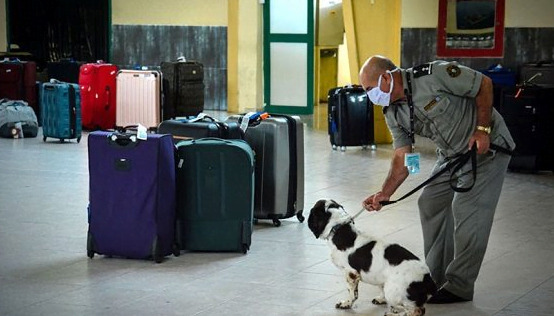 Havana, February 19 (RHC) The Cuban state's fight against international drug trafficking led to the seizure of 4,162.23 kilograms of narcotics in 2021, said Colonel Héctor González Hernández, deputy chief of the Anti-Drug Confrontation Division of the Technical Directorate of Investigations (DTI).

Speaking on Friday in the radio-television program Mesa Redonda, he pointed out that the primary expressions of the scourge occur through violations of territorial waters, packages that wash ashore, and postal shipments of Cuban citizens living abroad.

Among the substances seized, marijuana predominates with 80 percent, in addition to cocaine, crack, and psychotropic drugs, he added.

In 2021 customs authorities performed 21 operations in national airports and seized narcotics masked in other products, arresting 41 people, including Cubans and foreigners.

For his part, Alexis Batista Segrera, head of the Department of the International Law Section of the Ministry of Justice, explained that Cuba had ratified three international conventions that promulgate the principles of zero tolerance for drug trafficking.