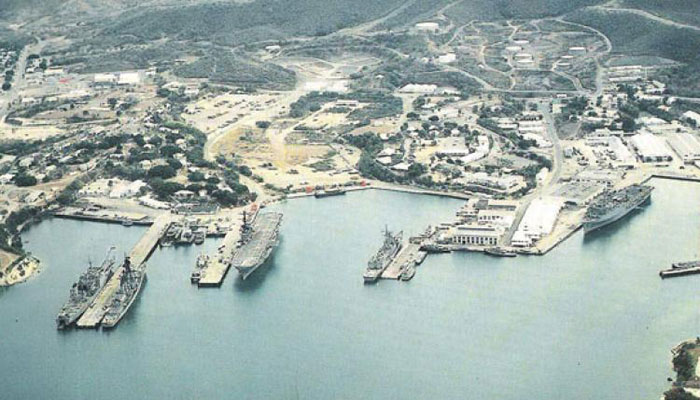 Illegal US Naval Base in Guantanamo, Cuba.

Havana, February 23 (RHC)-- A world message action through Twitter led in Cuba this Wednesday the activities on the occasion of the International Day of Struggle against the US and NATO Foreign Military Bases, four years after the date was established in Dublin, Ireland.

The Cuban Institute of Friendship with the Peoples (ICAP) reported that the initiative took place at 09:00 hours, local time, in response to the call by the World Peace Council to carry out actions in rejection of the existence of these enclaves on foreign soil.

Among the leading hashtags of the virtual event, highlight  #ReturnGuantanamotoCubaNow, #Cuba, and #CubaVive, the ICAP press release  emphasized

It recalled that the date was declared during the First International Conference against the United States and NATO Military Bases, held in 2018.

The institution also appointed this day to coincide with the signing of the agreement created on February 23, 1903, the illegal US naval base in Guantanamo, in eastern Cuba, the first one established by the government of the northern nation outside its borders.