Cuba: Final draft of the Family Code is prepared

Havana, May 31 (RHC)-- The government commission that will draw up the final draft of the Family Code began its sessions in Havana on Monday. 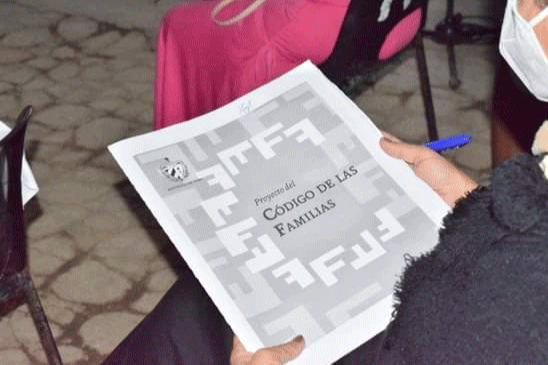 The 31-member working group will consider the views expressed in a comprehensive consultation in Cuba by the more than six million people who took part in this democratic process held from February to April 30.

Cuban Justice Minister Oscar Silvera Martínez told the press that the sessions of this commission are part of rigorous work to study and prepare the version that in June will be submitted to the National Assembly of People's Power.

This text will be debated in the July parliamentary session for its approval. Deputies will then determine the date for a popular referendum for the document's final approval.

The Minister emphasized that the consultation with the population was a valuable exercise of popular participation.

According to official data, 336,595 voter interventions were made during the consultation, and 434,000 proposals were collected.

In the fifth extraordinary session of the Cuban Parliament, held on May 14, the president of the National Electoral Council, Alina Balseiro Gutiérrez, informed that 61.96 percent of the opinions favored the draft Family Code.

The document is considered by Cuban authorities and national and foreign specialists in family issues, as an inclusive text that expands the rights of people, especially those most vulnerable, such as women, children, and the elderly.