Biden receives criticism for exclusions in 9th Summit of the Americas 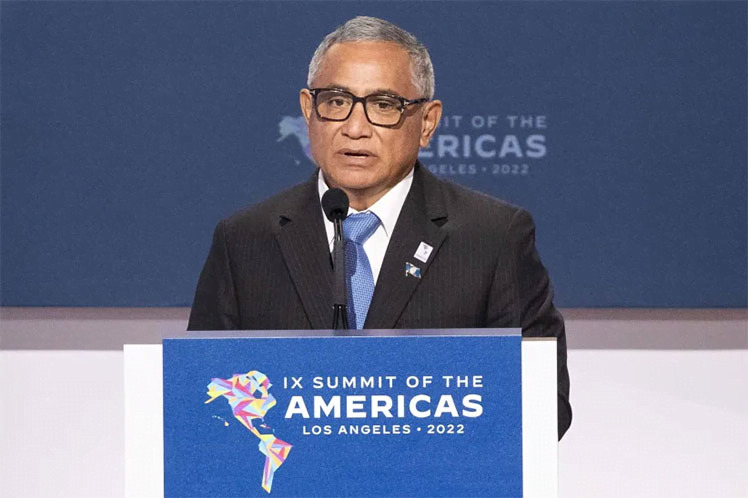 Moments after the president opened Thursday's working sessions with a speech in which he stressed that the future of the hemisphere should be democratic, other leaders criticized the U.S. administration's decision to leave out some nations.

The Prime Minister of Belize, Johnny Briceño, rebuked the U.S. head of state and called it "inexcusable" that the U.S. prevented other countries from attending the Summit.

At this critical moment, when the future of our hemisphere is at stake, we are divided, and that is why the Summit of the Americas should have been inclusive, said Briceño.

For his part, Argentine President Alberto Fernández denounced both the exclusions and the blockades imposed by Washington on Cuba and Venezuela.

Addressing the event, as president pro tempore of the Community of Latin American and Caribbean States (CELAC), Fernandez called into question U.S. policy against the region and asked for reparations for the damage caused.

These criticisms for dividing the continent came shortly after Biden -as if nothing happened- called for unity in the face of common challenges, such as migration, health and the economic crisis.

Biden said he would present concrete actions this Friday in the face of the migration dilemma, although analysts believe that dealing with this issue in the absence of the nations involved points to the failure of any strategy.

In addition to Cuba, Venezuela, and Nicaragua, which were not invited, the presidents of Mexico, Andrés Manuel López Obrador, of Bolivia, Luis Arce, and of Honduras, Xiomara Castro, who protested against Washington's exclusions from the meeting which will conclude tomorrow in Los Angeles, are absent.