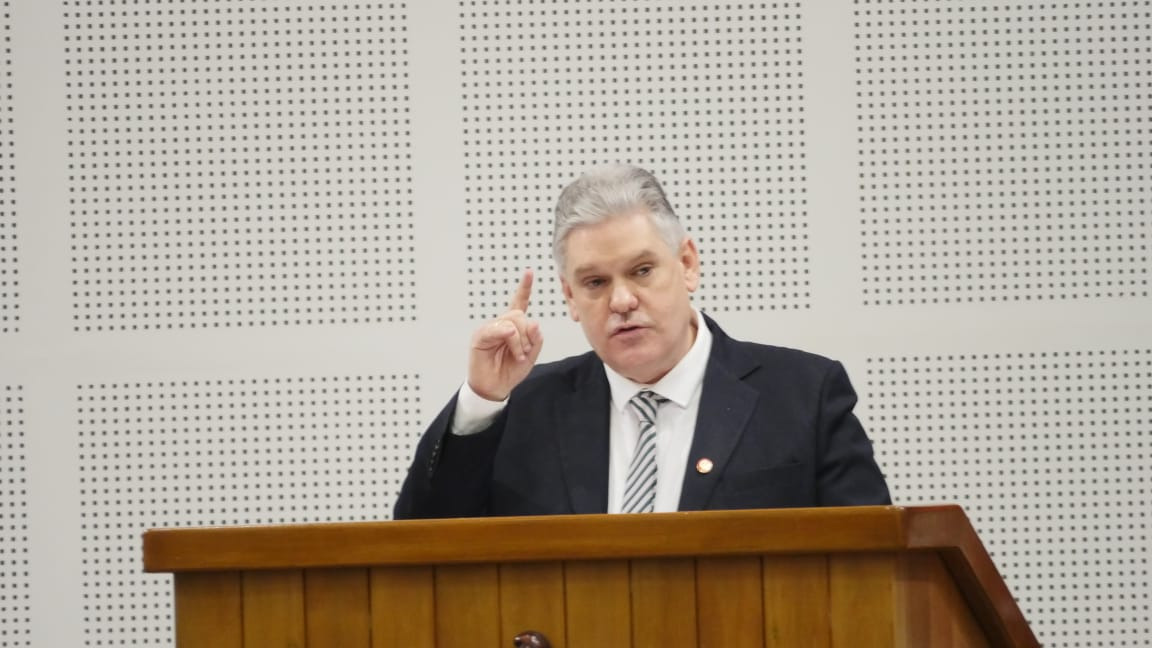 The Minister of Economy and Planning Alejandro Gil Fernandez
speaks at the Cuban Parliament, Julio 22, 2022.

Havana, July 21 (RHC)--The Minister of Economy and Planning Alejandro Gil Fernandez announced a series of steps to speed up the recovery of the island's economy.

In his speech before the 9th ordinary session of the National Assembly of People's Power, in its 9th legislature, the minister said that 75 measures aimed at increasing foreign exchange earnings and increasing and diversifying exports.

The decisions concern both the state and private sectors. Among them is the implementation of an exchange market for the purchase and sale of foreign currency, including the US dollar, taking into account the gradual recovery of the economy, which, he said, is considered irreversible.

Likewise, he stated that the regulatory framework for foreign investment with the non-state sector would be established.

On the other hand, he stated that foreign and domestic suppliers would be able to commercialize products on consignment.

Gil Fernandez also announced that the importation by individuals with the non-commercial character of miscellaneous goods would be more flexible.

It will consider their value, weight, and diversity, not quantity.

The number of cellular phones, computers, and other digital devices to be allowed for importation will be expanded.