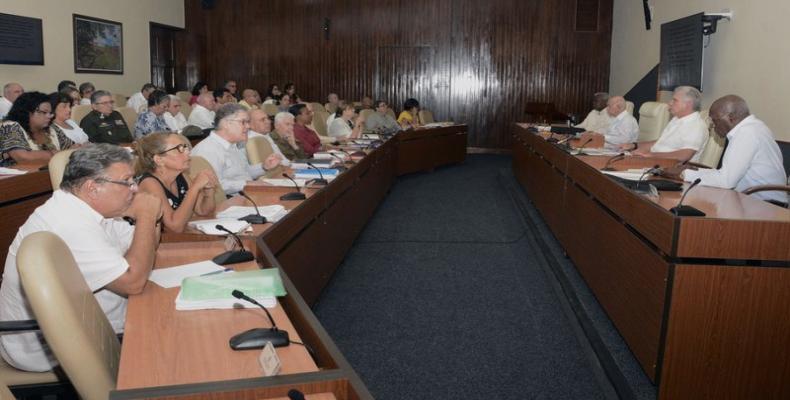 Havana, June 27 (RHC)—The Cuban Council of Ministers has approved new measures seeking to improve the island´s economy, and to benefit a sector of state workers with low salaries.

According to a report read on the TV nightly news Thursday, the new measures include a salary increase for the budgeted sector and pensions, benefiting 2 million 750 thousand people.

Starting in July, the monthly minimum wage in the sector will be raised to 400 pesos, and the medium wage will be raised to 1067 pesos, this measure will benefit over 1 million workers from central agencies of the state, like ministries and its branches, government offices at different levels, organizations and associations.

The measure will also benefit retirees whose pensions were not raised recently who receive pensions lower than 500 pesos.

As of 2020, the enterprise sector, which operates under different salaries structures, will also see a revision in the way its salaries are formed, and they will continue to be linked to production results.

According to the TV report, this and other measures were adopted at a meeting of the Council of Ministers that was headed by its president, Miguel Díaz-Canel Bermudez.

The report stated that these actions seek to boost an economic strategy based on taking the most advantage of domestic capacities and the island´s human potential.

The Cuban leader noted that the salary increase is not the final and definitive that Cuban authorities want to implement.

The president explained that the decisions are a result of the systematic evaluations made by a working group that was created to evaluate input gathered from meetings in different provinces, citizens’ opinions, economists, statements made recent in national events like the Trade Union Federation (CTC) Congress, and of an assessment of the problems the economy is facing due to USA administrations hostile policies.

During the meeting, Economy and Finance minister Alejandro Gil  Fernandez said that the salary increase and other measures seek mainly to meet the main needs of the population and of the economy, encouraging the active involvement of all actors in the quest of solutions to counter the US-promoted economic encirclement.

Gil Fernandez added that the measures will be gradually implemented, and they cover, among other steps,  the increase of domestic production, the self-sufficiency of municipalities, local development projects, investments, boosting retail sales, and the growth of agricultural production.

The minister stressed that notwithstanding the changes approved for the country´s economic model, many of them are yet to be implemented and he noted that it is indispensable that those changes are made. “We are basically working with the same institutional structures,” he said.

According to the TV report, details about the new measures will be made available in coming days.