Bridges of Love leader rejects accusations by anti-Cuban US senator

Washington, August 3 (RHC)-- Carlos Lazo, leader of the Bridges of Love movement, rejected the accusations made by US Senator Marco Rubio, who asked the Federal Bureau of Investigation (FBI) to investigate the group to determine if they act as foreign agents.

In remarks on social media networks, Lazo stated that the solidarity project and its members act transparently and clarified that there is no contradiction in being a Cuban-American citizen and wanting better relations between Havana and Washington. 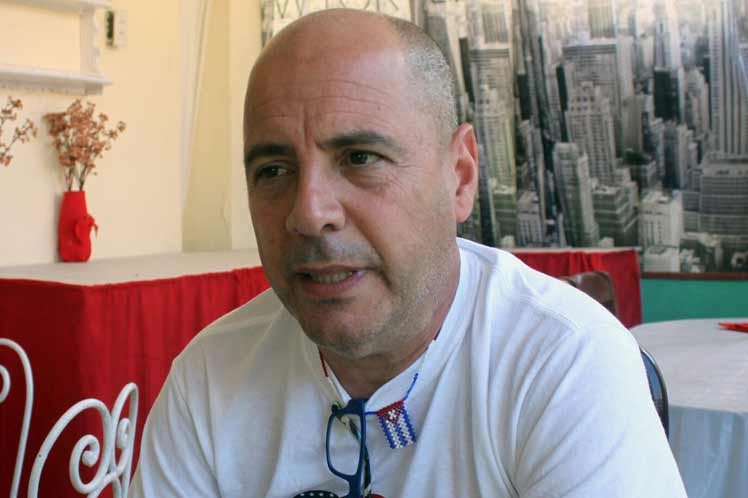 The senator accused me of meeting with Cuban President Miguel Diaz-Canel, Lazo said and stressed that he would meet with whomever he had to demand an end to the sanctions on the Cuban people.

He recalled that with that objective, he had already spoke in the past with Senator Mel Martinez, Congresswoman Ileana Ros Lehtinen, and Congressman Dan Burton (a co-sponsor of the Helms-Burton Act, which codifies the blockade against Cuba), and had a small talk with Republican Senator Ted Cruz.

He referred to his attempts to talk to former US President Donald Trump, who imposed more than 240 measures on Cuba, and current President Joe Biden, who maintains a similar policy to his predecessor. Still, he only managed to see a State Department official.

Lazo, who is also a Seattle-based professor and a veteran of the Iraq war, said he would also meet with Rubio to explain to him many of those issues because he had never set foot in Cuba, and he does not know the Cuban family. He has never walked the streets of Havana.

Rubio, a Florida Republican legislator known for his anti-Cuban stance, asked the FBI for an “immediate” investigation about Bridges of Love to find out if they were acting as an unregistered foreign agent of the island’s Government.

Rubio’s request comes after the solidarity movement held caravans in Miami and other cities globally on Sunday to demand the end of the economic, commercial, and financial blockade that has been suffocating Cuban families for more than six decades.