Irregularity of fire in Cuba hinders its extinction 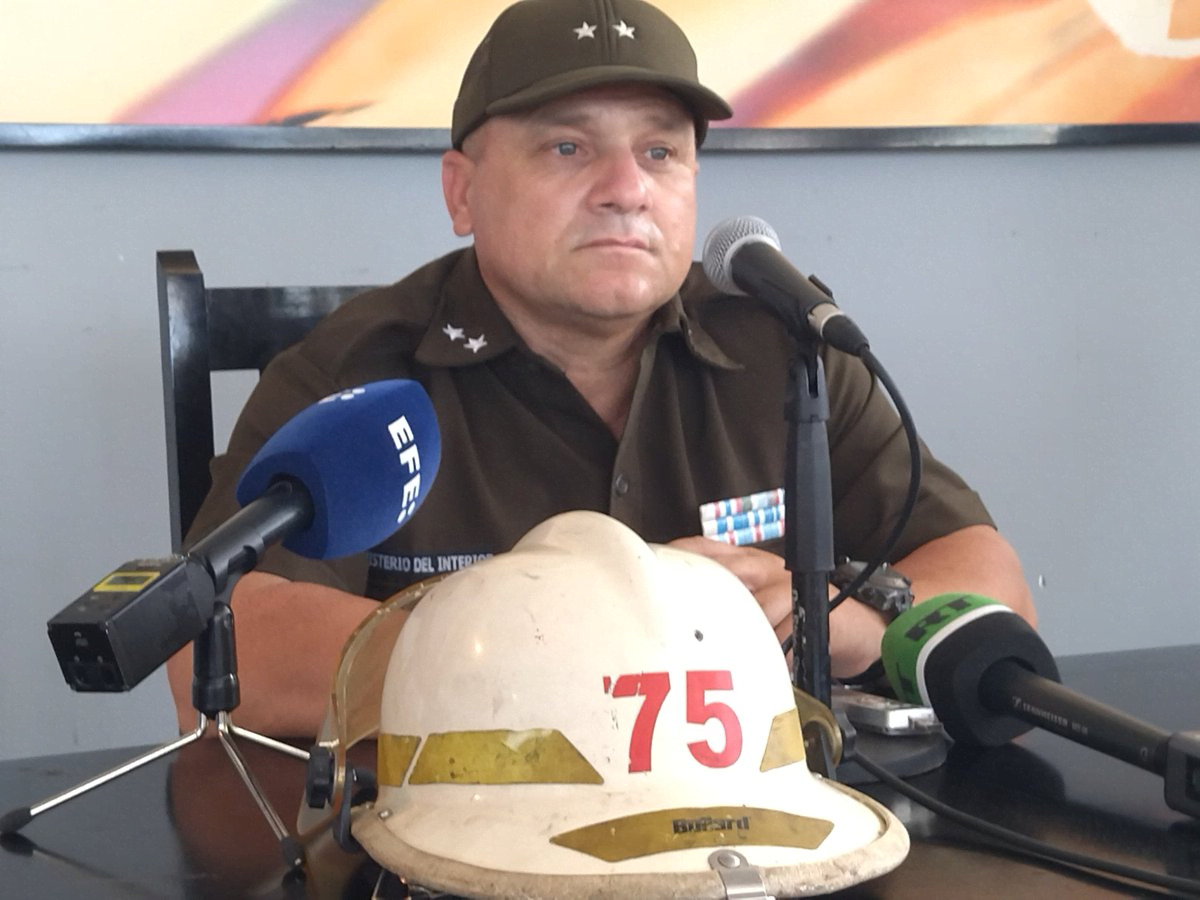 Havana, August 8 (RHC)-- The high temperatures, the size of the tanks on fire, and the behavior of the wind make it difficult to put out the fire in the supertanker zone of this city, an official source said Monday.

Alexander Ávalo, second chief of the National Department of Extinction of the Cuban Fire Department, confirmed that despite the efforts, at this moment, the four fuel tanks in the disaster area in the industrial zone are on fire.

In a press conference, he explained that they are currently concentrating on avoiding the fuel propagation caused by the tanks' explosion and cooling the area to create conditions that would allow the application of the foam that would suffocate the flames.

He added that there is another terminal nearby with clear products such as gasoline, and they are preventing it from reaching those targets. He also specified that there is no danger of the flames reaching the Antonio Guiteras power plant, but preventive measures are being taken.

"It is impossible to calculate when it will be possible to extinguish the fire. It could be days; it does not depend only on our actions but also on the behavior of the wind and the high temperatures," he affirmed.

Avalo stressed that it has been necessary to constantly change strategy due to the irregularity in the behavior of the fire, which is unprecedented in the history of Cuba.

The official pointed out that at first, last Friday, the cooling of the first tank that caught fire due to the impact of lightning was undertaken, and when the foam was being used to extinguish it, it exploded.

From that moment on, there was a chain reaction in which other explosions occurred until reaching the four tanks, and defensive actions are being applied to attack the flames with foam and chemical products as soon as the temperature conditions allow it.

Avalo pointed out that there is coordination with several entities such as the Meteorological Institute, the Cuba Petroleum Company, the National Institute of Hydraulic Resources, and other institutions.

He highlighted the support of experts from Venezuela and Mexico, whose expertise and equipment have been very important to facing the incident.