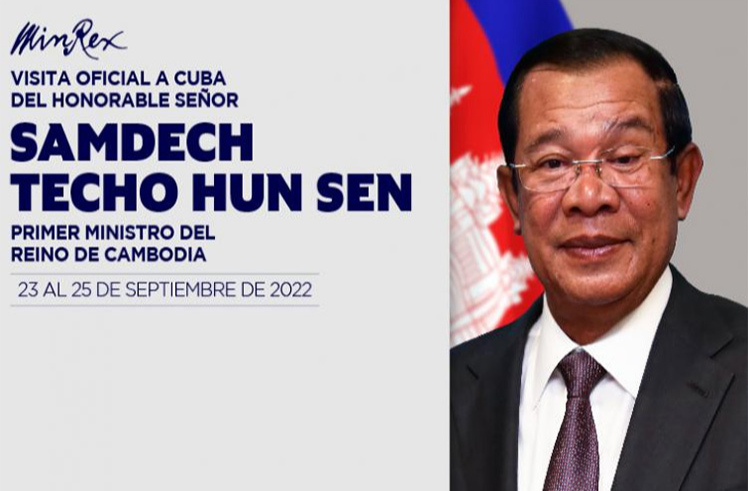 Havana, Sept 23 (RHC) The Prime Minister of the Kingdom of Cambodia, Samdech Techo Hun Sen, will arrive today in Cuba for an official visit, informed the Ministry of Foreign Affairs of the island.

During his stay in this Caribbean nation, which will last until September 25, the visitor will hold official talks with national authorities and carry out other activities, the Foreign Ministry announced.

Cuba and this Southeast Asian country celebrated this year the 62nd anniversary of their diplomatic relations.

The Antillean Island maintains a program of granting scholarships to young Cambodians to study medicine; from 1983 to 2020 more than 170 students traveled to Cuba to receive education, mainly in the health sector.

Both nations have developed bilateral dialogue at the highest level and among the most significant events was the meeting in 1999 between the Cambodian Prime Minister and the historic leader of the Cuban Revolution, Fidel Castro.

The Kingdom of Cambodia is a firm and permanent opponent of the economic, commercial, and financial blockade of the US government against Cuba. (Source: PL)