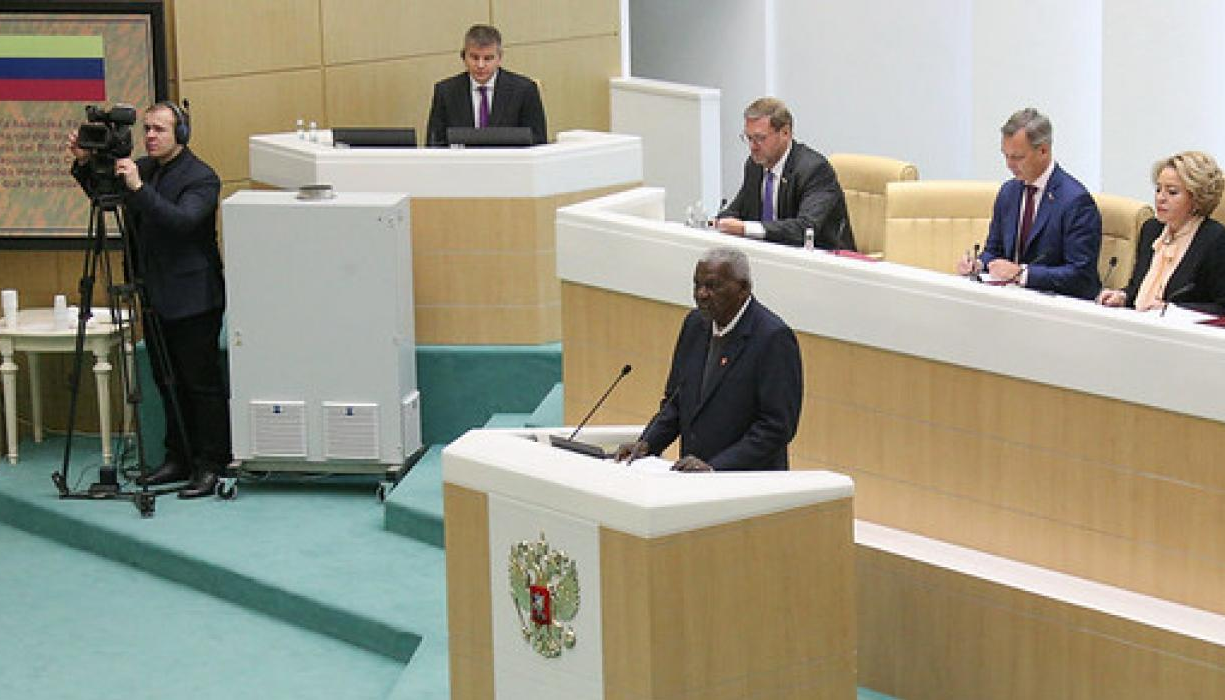 The Order of Solidarity is awarded to those persons who have maintained close and friendly relations with Cuba for a long time.

Moscow, Nov 30 (RHC) The president of Cuba's National Assembly (parliament), Esteban Lazo, presented on Wednesday the Order of Solidarity to the president of the Federation Council (upper house of the Russian parliament), Valentina Matvienko.

"This decoration is a just recognition to our friend Valentina Matvienko on behalf of the people of Cuba," said Lazo when presenting the order, during the conclusion of his first day of the official visit to Moscow.

The leader added that the Order of Solidarity is awarded to those people who have maintained close and friendly relations with Cuba for a long time, and demonstrated their affection and respect through concrete actions.

Matvienko said is a great honor to receive such a high award from Cuba.

"I would like to personally thank you and the Cuban president (Miguel Diaz-Canel) for this honor," said Matvienko, adding that Moscow is always in favor of strengthening cooperation with Havana. (Source: PL)