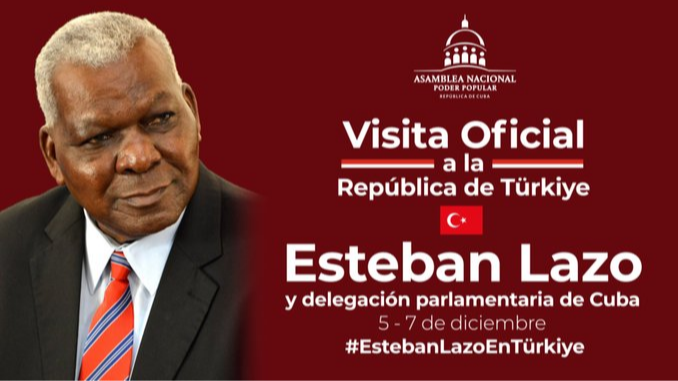 Esteban Lazo Hernandez, began an official visit to the Republic of Türkiye on Monday

Havana, Dec 4 (RHC)-- Esteban Lazo Hernandez, President of the National Assembly of People's Power (Parliament), began an official visit to the Republic of Türkiye on Monday.

"I am convinced that we will have a short but very fruitful visit. We will make good use of the time, we will talk about many issues and reach important agreements, with the broadest sense of solidarity," he said.

At the Ankara airport, Lazo Hernandez was received by Deputy Selman Ozoyaci, president of the Turkey-Cuba Parliamentary Friendship Group, and then held a fraternal conversation in the protocol room of the air facility.

The also member of the Political Bureau of the Central Committee of the Communist Party of Cuba highlighted the importance of the recent visits to the Eurasian nation of the President of the Republic, Miguel Díaz-Canel, and previously, that of the Vice President of the Parliament, Ana María Mari Machado, facts that contribute to the will to expand and strengthen inter-parliamentary ties.

He added that this year marks seven decades since the establishment of diplomatic relations between the two countries, an event that should be the basis for the consolidation of economic, trade, and cooperation ties between the two peoples. 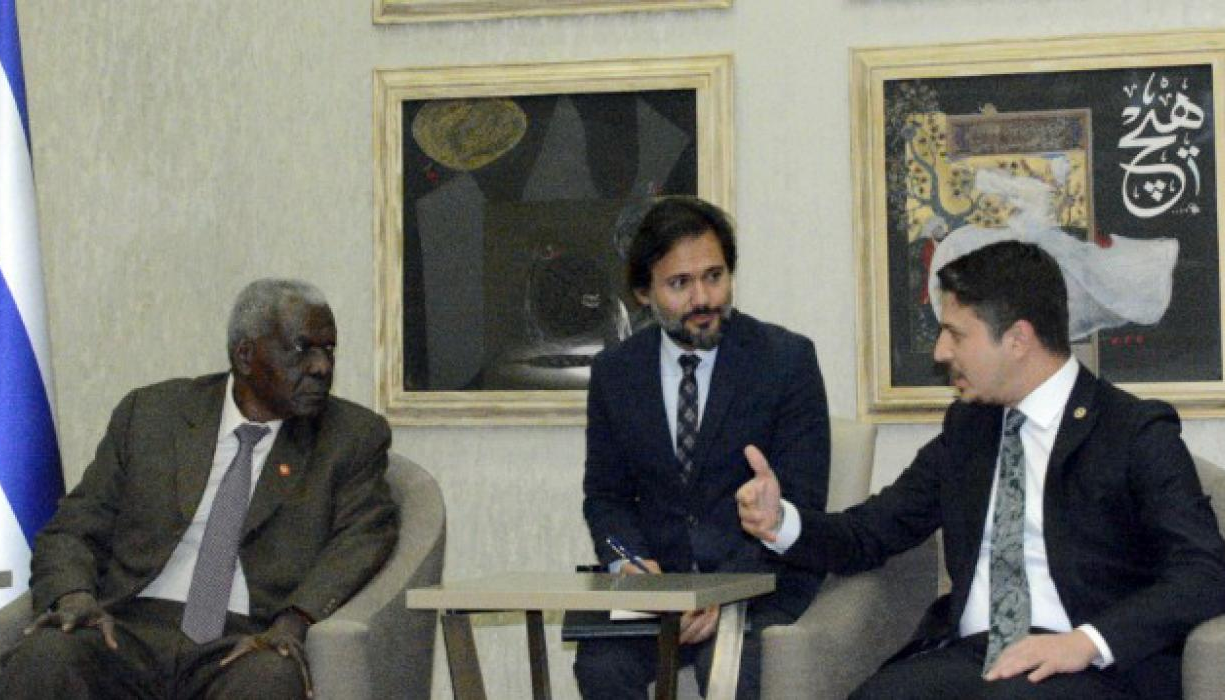 The meeting was also attended by Yolanda Ferrer Gómez, head of the International Relations Commission of the National Assembly, and the Cuban Ambassador to Turkey, Alejandro Díaz Palacios.

For his part, Selman Ozoyaci said that both the visit of President Miguel Díaz˗Canel, the visit of the Vice President of the Cuban Parliament, and the current visit of Esteban Lazo, prove the interest and attention given to our bilateral relations in different areas.

He praised the wide range of opportunities to establish ties in sectors such as health, education, tourism, and the economy, among others. In addition, he recalled the visit to Istanbul of Commander-in-Chief Fidel Castro Ruz (1926-2016) and that of President Recep Tayyip Erdoğan to Cuba in 2015, two events of deep significance in the history of both states.