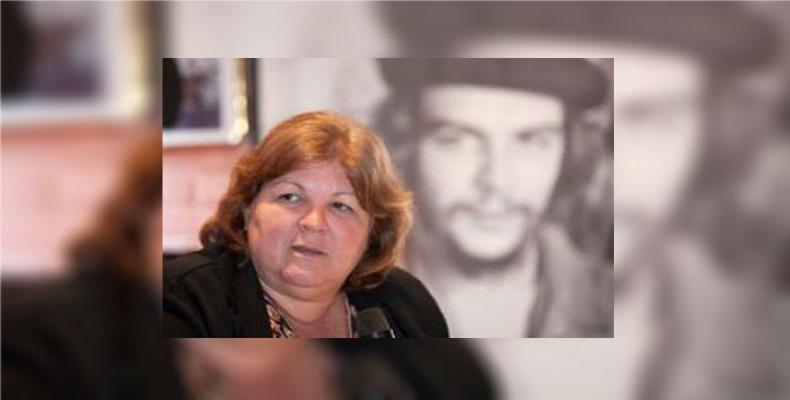 At the end of her visit to Argentina, in support of Cuban humanitarian missions, Doctor Guevara referred to the case of Gerardo Hernandez, Ramon Labañino and Antonio Guerrero, three of the five Cubans who were given unfair and extremely long prison sentences in the United States after they monitored Florida-based violent organizations that planned terrorist actions against Cuba.

They are members of the Cuban Five, as the anti-terrorists are known around the world. Two of them –- Rene Gonzalez and Fernando Gonzalez -- were freed after they fully served their sentence, said Guevara during a ceremony at the Buenos Aires-based Armenian Cultural Union, where she called on participants to support the international demand for the immediate release of the three Cubans.

She noted that if Gerardo Hernandez is not freed, only his mortal remains will return to Cuba because he was given two life terms plus 15 years.

Doctor Guevara described as illegal the trial against the Cubans, held in Miami. She said the U.S. legal authorities did not respect the principle to hold a fair and impartial process. And she referred to evidence that the U.S. government paid journalists to unleash a media campaign and stir a hostile environment against the men during the process in order to justify the unfair sentences.

In Argentina, Doctor Guevara unveiled a plaque that marks the upcoming opening of the Ernesto Che Guevara Eye Hospital, in the city of Cordoba, which will enhance the free-eye-surgery program known as Operation Miracle, which has benefited 48,000 Argentineans since 2005.