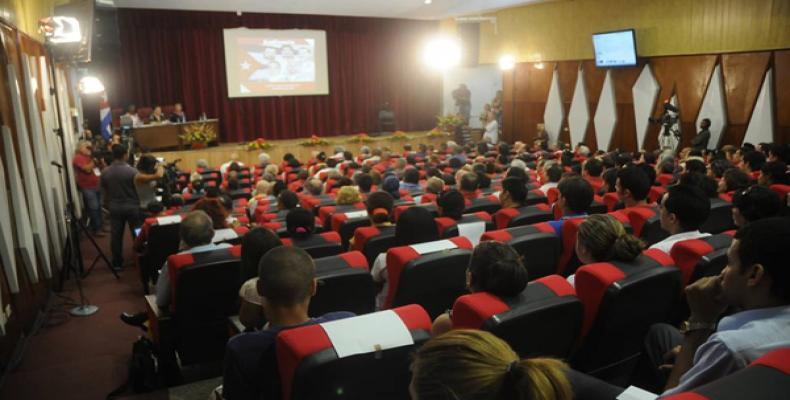 Havana, October 24 (RHC) -– A declaration approved by a Cuban Parliamentary hearing on the U.S. economic, commercial and financial blockade of the island stresses that fifty-four years of U.S. aggressions and economic war will never crush the Cuban people, despite the huge economic cost calculated at over one trillion U.S. dollars.

The declaration, which was read by Deputy Miriam Ofelia Ortega, describes the U.S. blockade as the cruelest and most prolonged measure of its kind in contemporary history and calls on parliamentarians of the world to back the Cuban resolution to be presented at the UN General Assembly on October 28th, demanding the lifting of Washington's anti-Cuba policy.

The hearing on Thursday was attended by deputies, university students and a group of bloggers, who disseminated the denunciations made at the meeting –- including violations of international law in general and the impact by the blockade in specific sectors of Cuban society.

The president of the Parliament's International Relations Commission, Yolanda Ferrer, recalled that hearing was based on papers presented by lawmakers and guests on the effects of the over-50-year U.S. blockade of Cuba.