Claver-Carone is the architect of the Cuban extermination policies, says Cuban official 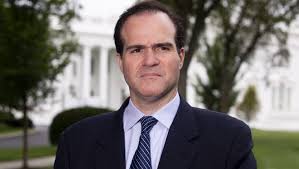 Havana, September 17 (RHC)— The newly elected President of the Inter-American Development Bank (IDB), Mauricio Claver-Carone, has been the architect of the Cuban extermination policies implemented by the Trump Administration.

Those included some 80 coercive measures just in 2019, painstakingly devised to crackdown every opportunity to earn money to the Cuban economy.

"This is genocide, so I wonder how is it possible that you would put a person that's supposed to share the hemispheric effort in favor of development and aid for development in Latin America when that person's only one experience has been to do the opposite," asked the diplomat.

Tablada added that before becoming President Trump's advisor on his failed policies towards Latin America, Claver-Carone was the official lobbyist of the anti-Cuba lobby in Washington.

"Very few people in the world were against the establishment of relations between the United States and Cuba. The person that probably most adamantly opposed and worked actively to prevent that from happening and then fought for them to be reversed was Mauricio Claver-Carone," Tablada said.

She added that Claver-Carone had orchestrated a massive campaign of lies and demonization against the Cuban healthcare system, one that has proven efficient not just to preserve the Cuban population's health,  but that has been very helpful with the rest of the hemisphere.

Find audio of Johana Tablada's exclusive interview with RHC below.