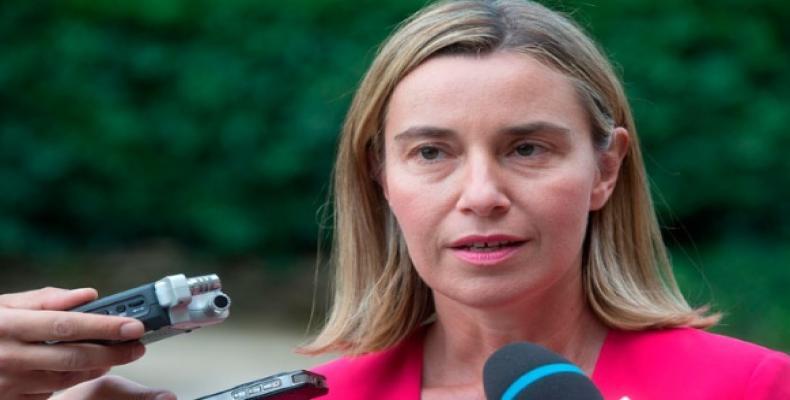 San José, January 29 (RHC) -– Cuban Foreign Minister Bruno Rodriguez and the High Representative of the European Union for Foreign Affairs and Security Policies, Federica Mogherini, have met in San Jose, Costa Rica, where they are attending the 3rd Summit of the Community of Latin American and Caribbean States, CELAC.

According to the Cuban Foreign Ministry, Rodriguez and Mogherini corroborated mutual interest in advancing bilateral relations between the European Union and the island, particularly the ongoing negotiation of an accord for Political and Cooperation dialog.

Mogherini, who is also vice president of the European Union, thanked Cuba for its contribution to the peace talks for Colombia and its training of specialists to fight the Ebola virus.

The Cuban foreign minister reiterated his country´s willingness to build a mutually beneficial relationship with the European Union on reciprocal and non-discriminatory grounds.

Mogherini and Rodriguez were accompanied by the Director for the Americas of the Foreign European Service, Christian Leffler and by Cuban Deputy Foreign Minister Abelardo Moreno.