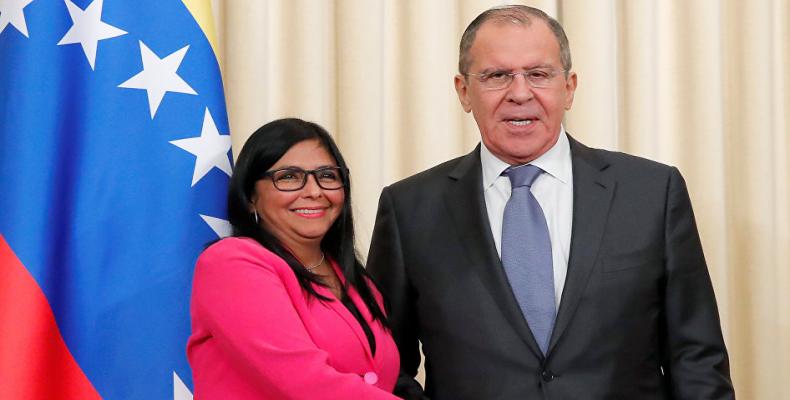 Also, the Venezuelan vice president guaranteed that Russia "has drawn the sword for all the peoples that fight for our independence and sovereignty."   At the meeting, Minister Lavrov stressed that Moscow "will always be supportive" with the South American country and that it intends to "counteract the pressure against Caracas."

The Venezuelan foreign minister confirmed that Moscow "has always" been and will be committed to the principles of international law.  "We will always be in solidarity with you (referring to Venezuela), we will defend the right of each people to choose their own paths of development and we will categorically oppose any illegitimate and unilateral method of blackmail and pressure," Lavrov said.

During her stay in Russia, Rodriguez held several meetings with senior Russian officials to continue strengthening the alliances between the two nations.

The Russian Government has ratified support for the Venezuelan people, in the face of U.S. interference. to destabilize the Government of President Nicolás Maduro.