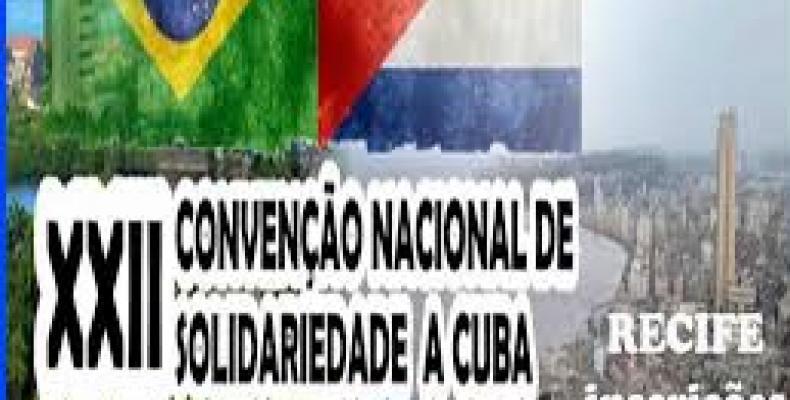 Recife, June 4 (RHC)-- The 22nd National Conference of Solidarity with Cuba began Thursday in Recife, capital of the Brazilian State of Pernambuco, attended by more than 400 activists.

Organizers said the event has a special significance because it is the first of its kind since the release of the five Cuban anti-terrorist fighters.

In statements to Prensa Latina news agency, Edival Nunes Cajá, a solidarity activist and member of the organizing committee, stressed that the Five's release from U.S. prisons was a resounding victory of the Cuban people and the world solidarity movement with their cause.

Cajá said that participants in the solidarity conference will celebrate the Five's release and return to Cuba and will also demand an end to Washington's economic, commercial and financial blockade and the closure of the U.S. naval base in Guantánamo.

Cuban guests at the conference include former Economy Minister José Luis Rodríguez García; the Director for Latin America and the Caribbean at the Cuban friendship Institute (ICAP) Roberto Hamilton, and the President of the Continental Organization of Latin American and Caribbean Students, Ricardo Guardia Lugo.