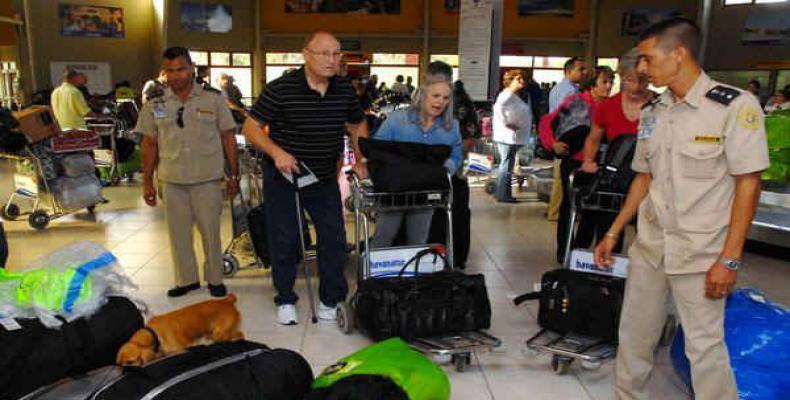 Havana, July 14 (RHC) -– Cuban Customs officials have detected 46 drug trafficking and consumption-related cases, although they must increase preparation to thwart different ways to try to smuggle narcotics and drugs into the country.

The announcement was made by Colonel Nelson Cordobes, first vice-chief of the Cuban General Customs Services at the Parliament´s National Defense Commission.

To date, Customs officials have confiscated 27.25 kilos of cocaine; 30.46 kilos of marijuana and detected 0.5 kilos of drugs already consumed, thanks to high-tech equipment being used in air terminals.

The official said that they have detected 10,939 violations from January to June, out of which 5,920 are related to rules established for the import of non-commercial items.

Some of these violations have included attempts to smuggle in satellite equipment and subversive literature aimed at promoting counter-revolutionary actions, along with weapons and other artifacts that pose a threat to the country's security.

Attempts to import highly-demanded goods on the informal market still persist, the official said, adding that they have also detected attempts to take out of Cuba some items like medications, patrimonial items and animals.

In the face of changing scenarios, the official said that the Customs services are consolidating their current detection systems and improving control in terms of aviation security at international airports, particularly for direct flights to the United States. They are also improving the dispatch system for travelers and purchasing technology to allow for more effective detection and control.