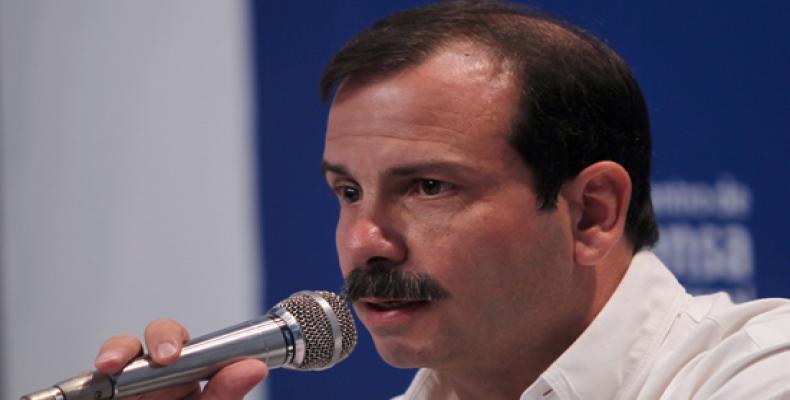 Lima, October 14 (RHC)-- Cuban Hero Fernando González said in Peru that he is proud to come from what termed “the world's most supportive country.”

Addressing a meeting of Cuban collaborators, Peruvian intellectuals and representatives of solidarity with Cuba organizations in Lima, Fernando thanked the Peruvian people for their support to the international campaign to win freedom for him and his other four compatriots -- internationally known as the Cuban Five -- from U.S. prisons.

Also on hand during Tuesday's meeting was Cuban Ambassador to Peru, Juana Martínez.

Fernando González told those present that while in U.S. prisons, he received a letter from a solidarity activist in Nauru, a small Pacific Island country he had never heard of. He added that he later learned about a Cuban medical brigade offering their services in Nauru, just like there are Cuban medical brigades scattered all over the world, offering their services to under-served people in remote areas, as part of Cuba’s solidarity with other peoples in need.

González stressed that Cuba’s solidarity has earned the Caribbean country and its people high international prestige.

He said: “Cuba’s international prestige has even led the United States to publicly admit the failure of its isolation campaign against Cuba and engage in constructive dialogue with the Caribbean state toward the normalization of bilateral ties.”