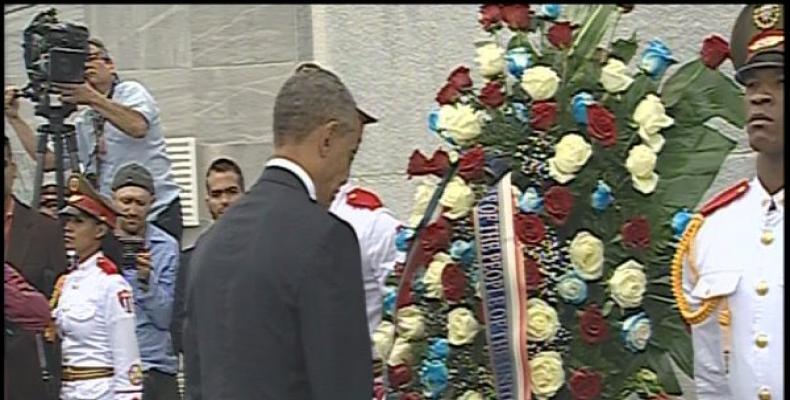 After touring the José Martí Memorial, Obama wrote his impressions in the visitor's book.

Following the tribute to Martí, President Obama was officially received at the Palace of the Revolution by President Raúl Castro. At the time this report was issued, the two leaders were holding official talks, after which they are scheduled to offer statements to the accredited press.

Also on Monday, the U.S. president is scheduled to attend a business forum with the participation of Cuban and U.S. entrepreneurs.