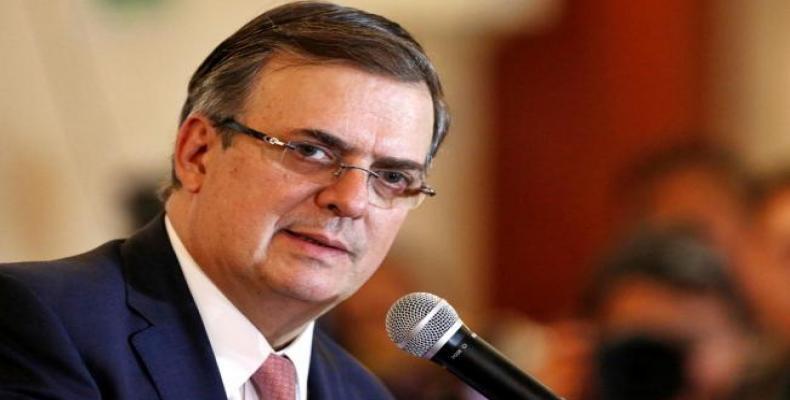 According toa statement, the visitor's agenda will contribute to the continuity of high-level diplomatic political dialogue between the two nations.

In addition, it will promote the strengthening of economic-commercial relations and cooperation in areas of mutual interest and benefit.

The Foreign Ministry added that Ebrard's visit to the Caribbean island demonstrates the strength of bilateral ties and the reciprocal will to expand them.

Speaking at the UN General Assembly on Wednesday, Mexico´s permanent representative to the UN, Juan Ramón de La Fuente, said his country unequivocally rejects the imposition of the United States blockade against Cuba and noted that both countries share a long history of good relations.

The ambassador added that more recently, Mexico and Cuba have expanded their relations in order to meet the new and emerging challenges in the region, and he noted that Mexico is the fifth‑largest trade partner of the island and the second largest partner of the Latin American and Caribbean region.