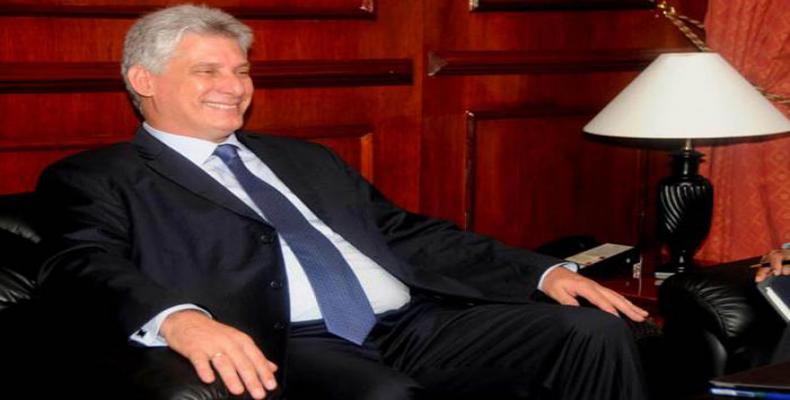 Minsk, May 23 (RHC)-- On Monday, Belorussia's President Alexander Lukashenko receives Cuba's First Vice President Míguel Díaz-Canel, who is paying an official visit to the former soviet republic. The two dignitaries were scheduled to talk about bilateral cooperation projects and other international issues.

Upon his arrival in Minsk on Sunday, Díaz-Canel was received by the country's Deputy Foreign Minister Evgueny Shestakov. On behalf of the Cuban government and people, Díaz-Canel thanked Belorussian authorities for their traditional support for the Cuban cause against the more than 50 year-old U.S. blockade.

Also on Monday, the Cuban official and his accompanying delegation paid tribute to soviet soldiers killed during WWII.

During his stay, the Cuban first vice president is also set to meet with Belorussian Prime Minister Andrey Kobiakov, and tour places of interest, among them a vehicle manufacturing and assembly factory and the Hill of Glory Memorial.