Biomodulin T, one of 22 medicines to treat COVID-19 in Cuba 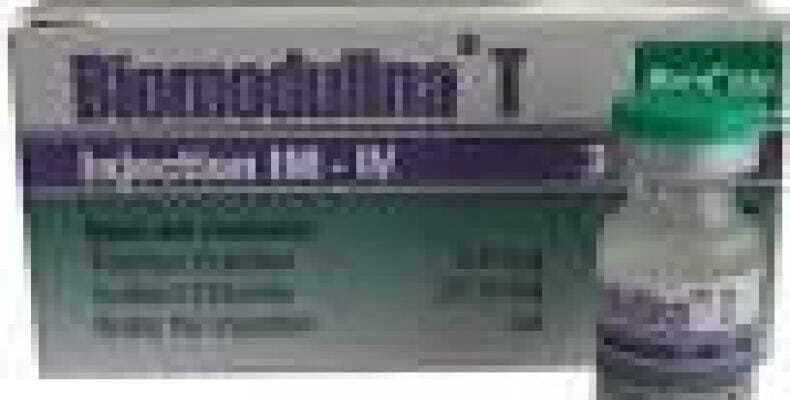 Despite hostile policies toward our country maintained by the United States government since January 1, 1959, Fidel Castro’s foresight led to the development of science and technology in Cuba, now pillars of society, and recognized worldwide, putting us in favorable conditions to confront the current pandemic.

In the context of the battle against this contagious disease, a reference institution within our biotechnology industry, the National Center for Biopreparations (Biocen), has confirmed its leadership role among suppliers of drugs needed to fight the new coronavirus, responsible for all production on the island of the key medication Recombinant Human Interferon Alpha 2b. Another important product, unique to the center, Biomodulina T is manufactured on a large scale at the center’s plants, as well.

Tamara Lobaina Rodríguez, Biocen's general director, explained that Biomodulina T is an immunomodulator made from natural products, which has proven effective in the treatment of respiratory diseases in older adults. This led to the drug’s inclusion on the Ministry of Public Health’s list of 22 medicines to treat COVID-19 in Cuba.

Lobaina noted that the drug serves to support the immune system of patients and is used also as a preventative for staff working directly with confirmed and suspected cases.

Cuban health authorities have clarified that Biomodulina T, used successfully in Cuba for over 12 years, does not prevent infection, but rather helps stimulate the innate immunity of individuals, to improve their response in case of infection and reduce complications.

According to José de Armas Rodríguez, deputy director of Biocen, the institution has five production facilities, including the active ingredients plant, where the compound needed to make Biomodulina T is prepared.

“In all our productions the institution follows good pharmacological production practices, backed by a strict quality control system,” he said.

Armas reported that the entity is acquiring necessary inputs for the production of Biomodulina T, for the domestic market, through the BioCubaFarma enterprise group, to ensure timely deliveries and avoid bottlenecks in the manufacturing process.

"After identifying some of the problems that the center has in the manufacturing area, we are considering the possibility of increasing work hours. This would enable us to increase Biocen’s production capacity to be able to meet domestic demand and fill export orders we may receive," he stated.

BIOMODULINA T AS A PREVENTATIVE

According to research conducted at Biocen by Dr. Mary Carmen Reyes Zamora, head of the center's clinical trials group, Biomodulina T is a biological immunomodulator, of totally natural origin, composed of specific extracts from bovine thymus. Its principal effect is to stimulate the production of T-lymphocytes and strengthen the differentiation of the lymphoblastoid cells in the thymus, one of the immune system’s most important glands.

"The thymus plays a vital role in the immune system, producing and secreting an array of polypeptides and hormones that act on T-cell differentiation, ensuring the normal development of thymus-dependent cellular and humoral immunity mechanisms, and particularly, the maturation and differentiation of T-lymphocytes," she explained.

The specialist added that this injectable medication has been registered to treat cellular-type immune dysfunction, including respiratory infections in the elderly. The efficacy and safety of its use to combat these conditions in this population group is supported by its medical indication and marketing for several years, with minimal adverse side effects observed.

"The pharmacological effect and safety of Biomodulina T have been demonstrated in animal models and clinical trials in humans. The product currently has clinical indication for the treatment of recurrent respiratory infections in geriatric patients, given its immune-restorative effect," she noted.

According to the product's research report, Biomodulina T has been shown to be useful in slowing the process of immunosenescence, or gradual deterioration of the immune system caused by natural aging.

"It is important to note that even when the function of the thymus decreases with age, the maturing function of T-cells is not limited to the thymus gland alone and can be found in other lymphoid tissues as well, while thymic hormones can have a systemic effect,” she explained, adding, “Several pilot clinical studies, suggest its potential efficacy in various immune-pathologies, particularly cellular immune deficiencies in childhood, in patients with HIV/AIDS, autoimmune diseases, allergy and as a complementary treatment for cancer patients undergoing radiation and chemotherapy."

Dr. Reyes noted that, in the face of this global pandemic, Biocen has proposed including Biomodulina T in the COVID-19 treatment protocol from two perspectives. First, while respecting ethical protocols for clinical trials, use of the drug was proposed in confirmed cases of SARS COV-2 infection in the early stages, as it has been scientifically proven that the disease reduces T lymphocytes. Second, the drug was proposed for preventive use in at-risk groups, i.e. older adults and individuals with chronic diseases, including diabetes mellitus or cardiovascular pathologies.

She noted that Biomodulina T has been included in Cuba's basic drug list for years, with very favorable results in preventing recurrent infections in the elderly. Both, clinical experience and knowledge of its active mechanisms suggest that it can be successfully used in treating other immunopathologies.

This project, she stated, is directed toward conducting clinical trials with Cuban patients and abroad in cases of the following immunopathologies: thymic hypoplasia in children, complementary treatment to antiretroviral therapy in HIV/AIDS, severe sepsis, immunorestative therapy in oncological patients undergoing chemo or radiotherapy.

For his part, Alexis Labrada Osado, director of Research and Development at Biocen, added that in the last three years, the center has tripled production of Biomodulina T, largely due to substantial technological improvements, which have been incorporated into the production process.

"Biocen is responsible for all stages of product manufacturing. Biomodulina T is on the list of basic medicines in the country. We have met production projections for some years now and have evaluated our potential to increase production four or five times over, taking into account the availability of raw materials," he explained.

On this point, he clarified that the efficiency of the biotechnological process to isolate the needed components of bovine thymus is more than adequate to support production of the drug, considering the availability of cattle thymus at the center.

According to the specialist, some 20,000 patients are currently being treated, on the basis of Biocen’s current productive capacity. It is estimated that with the planned increase in production levels, approximately 100,000 individuals in Cuba could benefit from Biomodulina T, which would provide coverage for all COVID-19 at-risk groups in the country.