Libya: A paradise for mercenaries 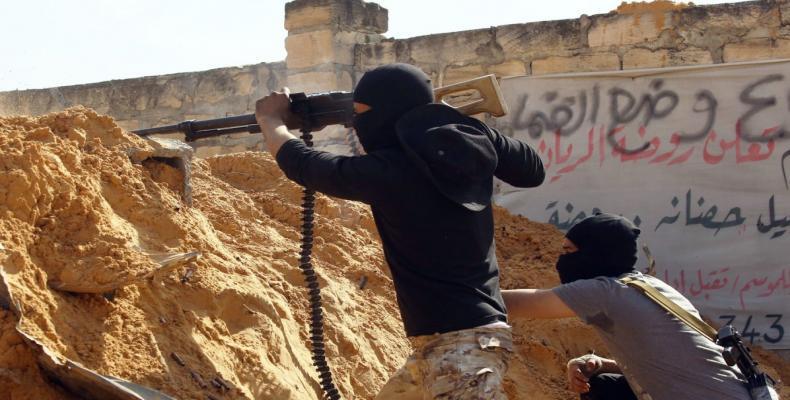 The confusing and bloody war that has plagued Libya since the overthrow and assassination of leader Muammar al Gaddafi nine years ago by the U.S. and NATO, continues to unfold in the region, now with the arrival of mercenary troops from every corner of the globe.

France, supported by NATO, the North Atlantic Treaty Organization, led the intervention that destroyed a country that was the most thriving and stable nation in Africa -- throwing it back to the Middle Ages.

Amid the chaos, two groups are now contending for power.  One of them is the so-called Libyan National Army, led by Marshal Khalifa Hafter, who controls the eastern part of the country, and was Gaddafi's right hand man until he was recruited by the CIA.

Apart from that, there are numerous gangs that carry out all kinds of criminal activities, such as attacks on the civilian population, robberies, kidnappings, drug and migrant trafficking.  Libyans are further abused by forced labor or sex-slave trade, with human beings sold on the black market.

Stephanie Williams, the temporary representative of the United Nations in Libya, denounced the constant arrival of mercenaries to the North African country, in order to strengthen one or the other group, which keeps the conflict active, despite the COVID-19 pandemic.

Williams said that both sides receive modern and sophisticated weapons from abroad, including drones, anti-aircraft systems and other lethal instruments created to kill.  This suggests that the conflict will gain intensity, instead of diminishing, and inflicts suffering on the civilian population caught in a war that started under the absurd pretext of establishing “democracy and freedom.”

What is taking place in Libya today -- and has been happening for nine years, since 2011 -- is a clear example of the actual meaning of these terms for Western powers, particularly for the United States.  It's another representation of the legendary troops of Attila the Hun.  Every territory they passed by, the grass never grew again.

It is also an example of what could happen in Venezuela if the White House succeeds with its plans.  While brothers kill each other, Washington comes in and takes the oil along with the rest of its national resources.