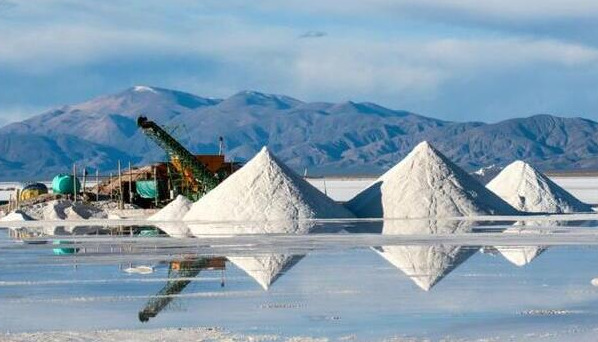 In the midst of the rise in the price of lithium and a race by corporations to secure extraction and deliveries to the market, Mexico assured that the exploitation of the valuable resource will remain in the hands of nationals.

In the midst of the rise in the price of lithium and a race by corporations to secure extraction and deliveries to the market, Mexico assured that the exploitation of the valuable resource will remain in the hands of nationals.

Governments and companies worldwide are engaged in a race to control important deposits of an essential element, demanded by manufacturers of electric cars, cell phones and computers.

The price seems unstoppable after a drop in the past five years, and as a result mining companies are rushing to expand production, spurred on by the appeal to the use of clean energies.

Specialized Internet sites predict that mining companies will invest up to 15 percent more money in their budgets in the search for unknown seams.

Lithium fever is knocking on Mexico's doors, even though it does not have substantial reserves, although they are considered essential.

President Andrés Manuel López Obrador once again called attention to the need to protect the interests of Mexicans, above the constraints of the market and the unbridled rules of supply and demand.

Because of this inclination, the hegemonic press and right-wing sectors question him, but the President sent to Congress an electric reform initiative, questioned in several areas, to which he endorsed the rescue of control over the use of lithium.

The statesman speaks of the creation of a state-owned company in order that the stockpiled items do not become part of foreigners' inventories.

This is not an isolated gesture in Latin America, as the president-elect of Chile, Gabriel Boric, seeks the preservation of the resource in his country, among the main producers and exporters.

Leaders of Bolivia and Argentina, nations that together with Chile make up the so-called "lithium triangle", are also moving in this direction.

Corporations are looking to these places and, of course, to Australia, since the latter concentrates 68 percent of the Earth's reserves.

In this context, the race against time has started to achieve more profits from the exploitation of lithium worldwide.

López Obrador wants to keep Mexico out of this trend, because, in his opinion, the country should not become a focus of turbulence among the powers and companies that are fighting for the biggest slice of the pie.