Germany to ask Bolivia's next president to revive lithium deal 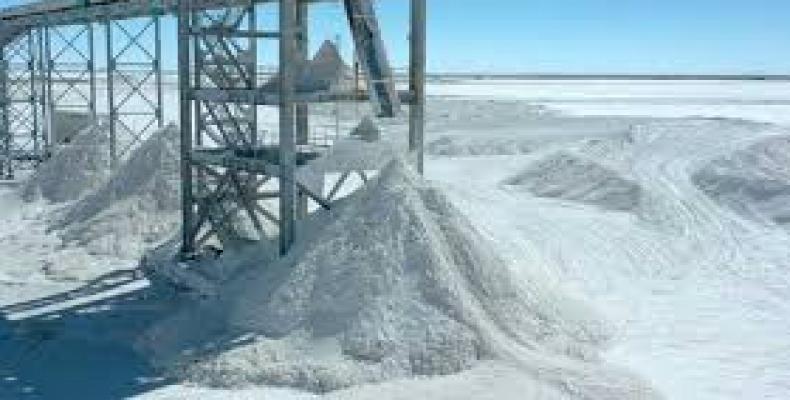 Berlin, January 25 (RHC)-- German authorities and companies will seek talks with the next government of Bolivia to revive an agreement to jointly exploit the Andean country's huge lithium reserves.

The state-owned enterprise Bolivian Lithium Deposits (YLB) and the German company ACI Systems Germany (ACISA) agreed to create a joint venture in 2018.  On November 3, 2019, however, seven days before leaving the country due to the U.S.-backed coup d'etat, President Evo Morales canceled a decree allowing the industrialization of 21-million-tons of lithium at the Uyuni salt lake.

Subsequently, the YLB executive manager Juan Carlos Zuleta said that such a business agreement would remain paralyzed.  “We don't see in the near future any possibility to reinstate that kind of arrangement,” he said, as reported by MiningCom.

According to German politicians and businessmen, Bolivia's next president, who will be elected in May, will have the last word on the lithium's industrialization.  "We assume that, under the new government, Zuleta will be either ratified as YLB's head or replaced," ACI Systems CEO Wolfgang Schmutz said and added that "as soon as the new government is in office, we will quickly seek to carry on conversations with them."

For its part, the German Ministry of Finance told journalists that the New Bolivian government and private companies are expected to discuss how to proceed.​​​​​​​

Lithium is a key input in the manufacture of batteries and other goods that will allow developed countries to accelerate their transition to cleaner production and consumption processes.​​​​​​​  According to the current Bolivian Constitution, which was put in place under former president Morales, lithium should be extracted and processed by Bolivians.

Therefore, European and Asian companies have been looking to establish alliances with this South American country to access a resource considered as geopolitically strategic.​​​​​​​