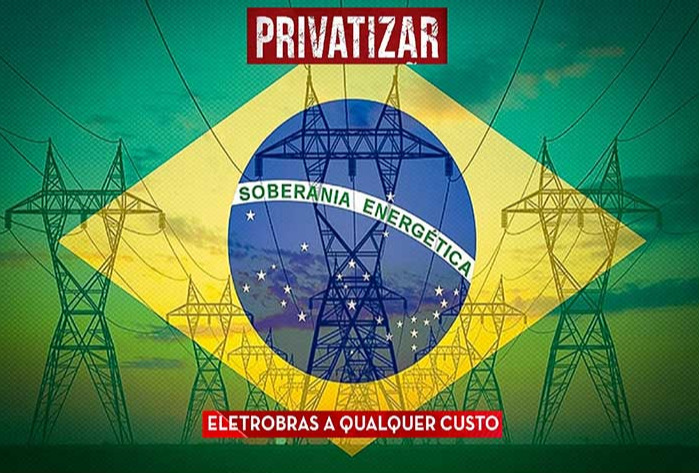 In 2016 after a parliamentary uprising against President Dilma Rousseff, democratically elected at the polls, the coup leader Michel Temer took over as head of state and a neoliberal agenda was set in motion in Brazil

In 2016 after a parliamentary uprising against President Dilma Rousseff, democratically elected at the polls, the coup leader Michel Temer took over as head of state and a neoliberal agenda was set in motion in Brazil, destroying the benefits for Brazilians achieved by the Workers' Party governments and endangering the country's sovereignty with privatizations.

This is one of the axes of neoliberalism. In Latin America there is a long list of state-owned companies such as mines, telephony, ports and others that have passed into private hands.

Under Temer, according to specialists, the second largest wave of privatizations in the last decades took place in the South American nation.

The multinational TELESUR recalls that Temer managed to liquidate more than 57 companies, directly or indirectly related to agribusiness. His policies benefited the economic elites and allied businessmen.

The arrival to the Planalto Palace of the ultra-right Jair Bolsonaro meant the deepening of this dismantling strategy. Among his plans are Petrobras and the Post Office, which has about 100,000 employees.

Now, in the last few days, the Brazilian Court of Auditors gave the green light to the privatization of Eletrobras, the largest electricity company in Latin America, responsible for one third of the generation in the South American giant, and which also owns almost half of the transmission lines.

This anti-popular measure, which was already approved in mid-2021 by Congress, will be carried out through the issuance of new shares. In this way, the state participation in the capital of Electrobras will fall from 72% to 45%, according to analysts.

Former President Luiz Inácio Lula Da Silva stated that without a public Electrobras, Brazil loses a good part of its sovereignty and energy security, while electricity bills will be more expensive.

Analysts also expressed their opinion in this sense, warning that this process will be immediately felt in the pockets of the working population, which suffers the return of inflation and high prices, with more expensive and abusive bills.

The vast majority of Brazilians reject President Bolsonaro's privatization policy, which threatens the public patrimony and only favors the economic elite and speculators.