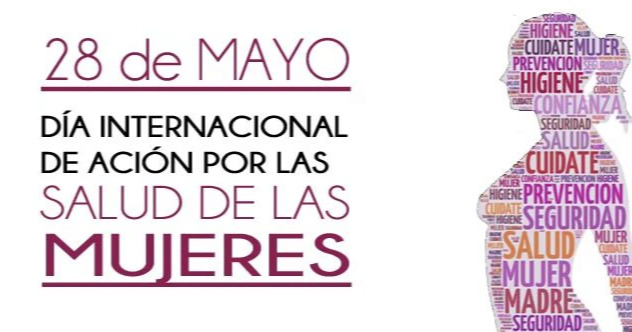 May 28th is the International Day of Action for Women's Health, a right that is violated daily in many nations of the world due to economic and socio-cultural factors.

Poverty, violence, wars, discrimination and social exclusion due to race, religion or other reasons threaten the prerogative of women to enjoy free, quality sexual, mental and reproductive health.

In Cuba, universal and free access to medical care has provided other perspectives for women, who before the revolutionary triumph of January 1959 had a life expectancy of just over 63 years and their children died in many cases before the age of one year due to preventable diseases.

With the consolidation of the health system, several specific programs were implemented for this segment of the population, with the support of civil society organizations such as the FMC, Federation of Cuban Women.

This is how the Mother and Child Care Program came into being, which takes care of the mother and the child, which has contributed to reach indicators comparable to those of developed countries, despite the limitations imposed by 60 years of the U.S. blockade.

The community doctor and the maternity homes, where women at risk are followed up at any stage of pregnancy, are essential links.

It also seeks to prevent certain pathologies that affect this population group. With this objective in mind, the National Program against breast cancer, which has the second highest incidence in the country, was created. It starts with early diagnosis and screening, based on the work of community physicians who bring patients closer to early care of the disease, which helps to control it.

This principle is also put into practice in the National Program to Fight Cervical Cancer. Cuba has more than 45 cervical pathology clinics throughout the country with sufficient coverage to attend women in the 168 municipalities.

Duly qualified professionals work there, supported by high-tech equipment, which enables early detection of the disease.

Attention is also provided to infertile couples seeking to realize their aspiration of having children. Cuba is the only country with free universal access to people with reproductive difficulties from the first level of care.

Throughout the archipelago, other actions aimed at protecting women's health are also carried out, such as sex education in schools, communities and media campaigns.

Although the two years of world sanitary emergency led to the expenditure of considerable resources to face the virus, Cuba adapted the work and the available funds to maintain these programs, which are essential to guarantee the adequate health of women.