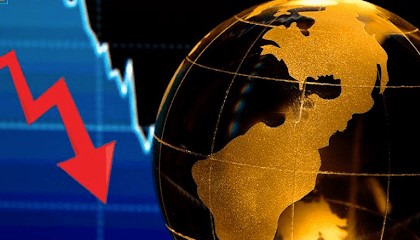 The World Bank this week painted a gloomy picture where it forecasts that the global economy will suffer a severe downturn, both in developed countries and in poor nations, and many will enter a recession stage with a serious impact on the quality of life.

There are several factors affecting this situation, among them the consequences of the health crisis caused by COVID-19, the accelerated rise in the prices of fuel, food and other raw materials, and the war in Eastern Europe.

The Global Economic Prospects report, presented by the multilateral lending institution, specifies that growth for this year will be only around 2.9 percent, much lower than the 5.7 points recorded in 2021 and lower than the estimates made by the International Monetary Fund in April.

China, which has led the world in recent times, will be at 4.3 percent, ahead of the United States and Europe, which will be around two and a half points.

In developing nations, a euphemism for the poor world, this negative phenomenon will translate into a dramatic increase in poverty and misery, which will deepen unrest and social protest.

Although the document barely touches on it, not everything will be pain and suffering, because there are sectors of the economy that are experiencing a golden age, among them the large oil corporations, transnational pharmaceutical companies and the firms that control the sale of foodstuffs.

The pandemic was a diamond mine for the big laboratories, which earned billions of dollars with the sale of vaccines, without giving a damn about the fact that in the underdeveloped world barely 14 percent of the population is immunized.

As I said in a previous commentary, in the midst of this world plunged into chaos, every 30 hours a wealthy person accumulates the sum of one billion dollars, much more money than anyone needs to live, even in the most insulting opulence.

The World Bank talks about the damages of the war in Eastern Europe, but does not say that Western sanctions against Moscow have to do with fuel and food shortages. A good part of the problems of the Old Continent come from the same anti-Russian policies.

The fact that arms sales bring in stratospheric amounts to the U.S. military-industrial complex is also concealed.

Certainly, the world will suffer, except for those who never lose -- the great oligarchic groups that live off the pain of others.