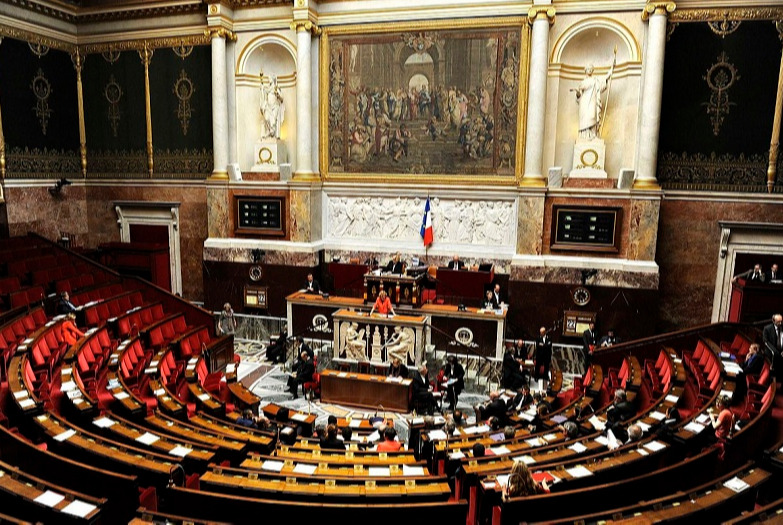 With the first round of the legislative elections in France over, the government of President Emmanuel Macron is in serious danger of losing the absolute majority in the National Assembly, which will make it much more difficult to move forward with his liberal work program.

According to data published by the Ministry of the Interior, the governing body of the elections in that European country, the government coalition called "Together" reached 25.7 percent of the votes on Sunday and Jean-Luc Mélenchon's progressive alliance reached 25.6 points.

This means that next June 19 both organizations will have to fight side by side to reach the maximum possible number of deputies, in a day where nobody has anything guaranteed, but the greatest risk is run by the current executive.

For the first time in 25 years the left overcame their differences and in this way communists, socialists and environmental groups joined Mélenchon's France Insoumise to form the New Popular Ecological and Social Union.

In the second and decisive round, they will have candidates in 500 of the 577 constituencies, which augurs well for a good result.

If they get an absolute majority of 289 seats, President Macron will have no choice but to appoint Mélenchon as Prime Minister and accept what has been called a government of cohabitation.

For the head of state the situation is complex, because although it is true that last April he managed to be reelected with a comfortable lead and to keep his seat in the Elysée Palace, not all those who voted for him are his supporters.

In practice, what many French citizens did was to avoid the triumph of the ultra-right Marine Le Pen, who despite having moderated her discourse somewhat, maintains a xenophobic and racist ideology. For many it was easier to vote for Macron, even without supporting his program.

That circumstance no longer exists in the legislative elections, where Le Pen was well behind and could aspire, at most, to some 40 deputies, a figure higher than the eight she currently has.

The importance of these elections lies in the singularity of the French parliamentary system, where the National Assembly, or Chamber of Deputies, is in charge of the final approval of laws, as opposed to other places where this power belongs to the Senate.

It will be an intense day that could give new impetus to the left in Victor Hugo's homeland and, perhaps, spread throughout Europe.