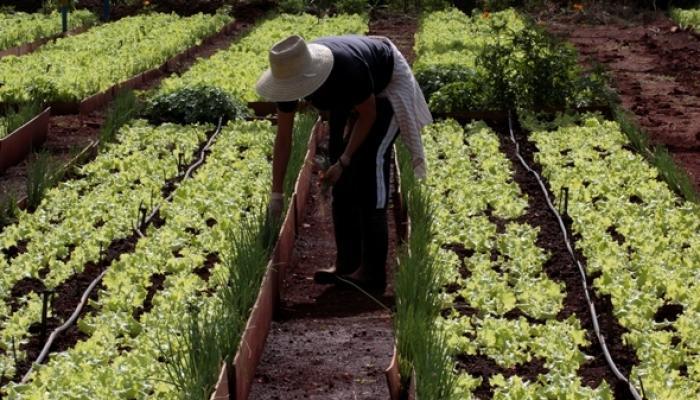 As part of the discussions of the Ninth Congress of the National Association of Private Farmers, Cuban farmers are currently undergoing a debate on the need to increase the production of meat; milk; tobacco; rice; sugar cane and other farm staples.

Prior to the meeting, the Association has called on its members to analyze the situation of each agricultural cooperative, in terms of its role in the territory of each rural county in the nation.

Even though one of the priorities of the meetings is to renew the leadership of the Farmers Association in each territory, another critical theme in the agenda is to increase work with the younger generation of farmers.

The National Association is urging for this because many older farmers are retiring, and winding up years of fruitful work yet frequently there are no replacements for them available in their families or friends.

True enough, thanks to the joint efforts of the Ministry of Agriculture and the Union of Young Communists more than 54,000 young agriculturalists have benefited from the assignation of untilled arable lands which they receive free of charge and rent.

However, they often lack enough training to efficiently exploit the land and lament low farm prices and lack of farm implements.

Numerous young farmers are claiming to face difficulties in the availability of indispensable technological inputs to increase crop yields.

Agricultural officials respond that the farm operators –and not only the youngest ones—fail to exploit their acreage to their fullest productive possibilities.

These and other matters are topics in the agenda of ongoing meetings of cooperative members, who are seeking initiatives and possible solutions to the current low farm outputs.

The participants agree that it is crucial that they are able to avail themselves of scientific solutions to known problems in exploiting to the maximum the possibilities opened by the land, irrigation systems and current farm machinery available to them.

It is clear for all to see that greater production output from cooperatives and individual farmers will impact positively at the farm markets and lead to price reductions for customers.

As these and other matters are being discussed with a view to the coming Private Farmers Congress, the Government has emphasized vocational work with the rural young in order to ensure their stay in those areas.

Cuba is afflicted by the exodus from farm areas towards cities, and is aware of the importance of instilling in the young, from kindergarten upwards the importance of agricultural work for the survival of the nation.

To instil in the new generations the real possibilities for success in agricultural and cattle production opened by the combination of experience and science will help lower the heavy weight on the nation’s pockets of the bill for farm imports from foreign producers.