Shake the Tree and Collect its Fruits 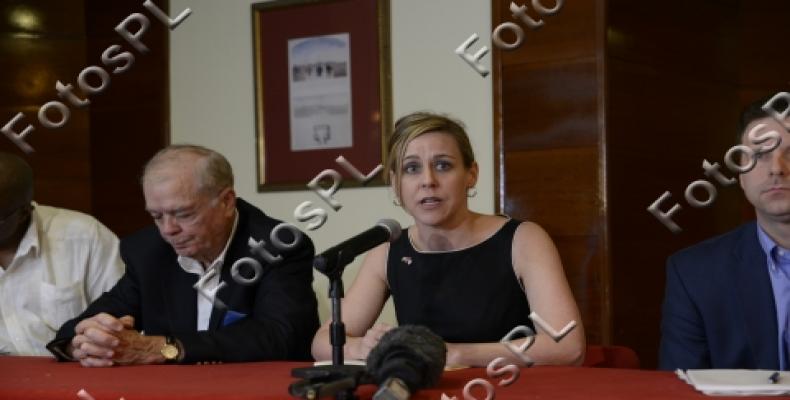 For over 40 years, there was no a single food shipment between the US and Cuba, but in 2000 the Bill Clinton administration allowed exports produce to the island giving the one-way line of trade a boost of several hundred million dollars.

Cuba was able to purchase US agricultural goods but was banned from any export to that market; add to this tough conditions on the purchases, such as paying cash and in advance, with transportation restrictions imposed by the US economic blockade.

Over the past 14 years Cuba spent nearly 5 billion dollars in food imports from the United States, given competitive prices and the short shipping distance. These figures are just a small sample of the great trade potential between the two nations, though the such commercial action has tended to fall.

However, the December 17 announcement about the reestablishment of bilateral relations was the event long-awaited by many who expect to revert the current situation.

A few days after the announcement made by presidents Raul Castro and Barack Obama, a group of important US entrepreneurs and farmers set up the US Agricultural Coalition for Cuba, aimed at promoting the lifting of financial and commercial restrictions preventing or hindering normal transactions with Cuba, which means lifting the US blockade.

Coalition president and Business Director of Cargill Company, Devry Boughner said they have been encouraging the US Congress to adopt draft legislation on the freedom of exports to Cuba, an initiative presented by Senator Amy Klobuchar from Minnesota.

Meanwhile, the president of the US Rice Federation Elizabeth Ward said thy are more optimistic than ever before and that rice producers have strong influence in several US states, though if they are joined those producing corn, wheat and grains, they will have a coalition covering the whole US territory and convey the loud and clear message that it is time to lift the blockade.

For Cuban researcher Luis Rene Fernandez, from the Center of Hemispheric Studies at the Havana University, normal exchange with the United States entails many potential benefits.

He said that if US tourism is allowed to Cuba, the island could import fruits from the US market to meets its needs, however, he said that Cuba´s import capacity will always be in direct correspondence with the advance of its local production.

Cuban agricultural authorities have said that the country is willing to expand bilateral exchange with US when restrictions are lifted.

Due to the limitations imposed by the US blockade, Cuba has to purchase millions of tons of animal feed, insecticides, equipment and important resources for its agriculture in far-away markets and at very high cost.

US business people seem to be clear that a new start requires changing the rules of the game as coalition president Devry Boughner said that they want to talk two-way trade and that they see great opportunities for Cuban products at the US market.

If we can share our experiences with farmers from Europe and Asia, why can’t we do it in Cuba? said Michael Espy, former Agriculture Secretary under Bill Clinton. This is a two-way road that will bring benefits for all, he said.

Opinions like these ones in the trade and commerce area also prevail in other sectors of American society. Cubans welcome the reestablishment of relations between the two countries, and the further normalization of relations to live like good neighbors.

In the new scenario between Cuba and the United States, the action of the US people in whatever sector, either economic, cultural or social, is crucial to shake the tree and collect its fruits, or what is the same: lift the blockade in the benefit of both nations.

With information taken from Granma newspaper.