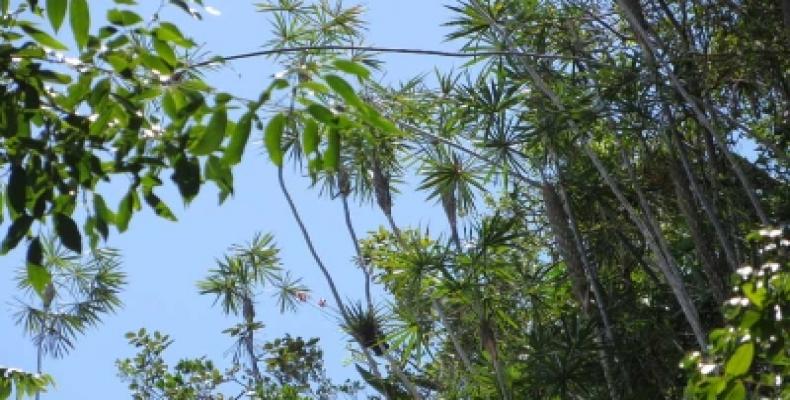 Ciego de Avila, Cuba, Mar 19 (RHC\Prensa Latina) A program for the preservation of the Copernicia fallaencis, an endangered palm tree that is an endemic plant, is being implemented in the central Cuban province of Ciego de Avila.

Led by the Ministry of Science, Technology and the Environment in Ciego de Avila, experts from several institutions are involved in the project.

Blanca Perez, a local forestry technician, says the palms, commonly known as“yarey”, are in serious danger, since the existing specimens are in agricultural areas where the eventual destruction of its habitat cannot be ruled out.

The taking of space by other species, use of “yarey”  leaves in the thatching of roofs, the making of bags and other objects from the leaves, and use of fibers from its stem to make brushes and brooms, have also contributed to the palm tree's endangerment.

One of the purposes of the preservation program is to educate the population, mainly children and peasants in the surrounding communities, about caring and protecting the palm by preventing its indiscriminate cutting.