The US blockade on Cuba will be lifted, but it will not be at the Expense of the Island´s Sovereignty 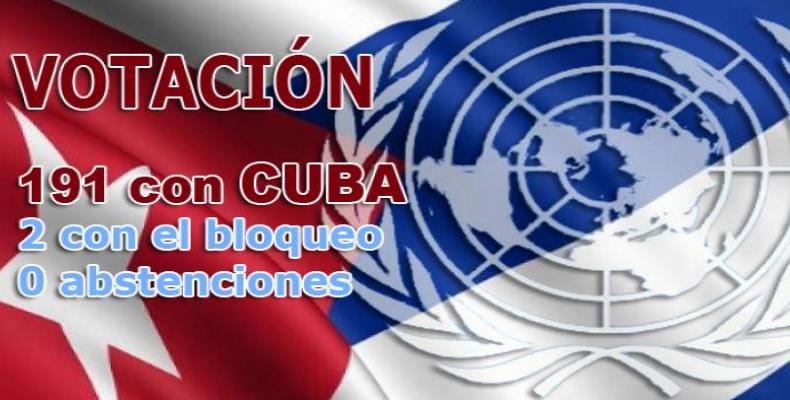 When It just seemed that the US was on the path to correct its decade-long blockade against Cuba then Donald Trump came to the White House.

In its final year, the Obama Administration took the unprecedented step of abstaining in the annual vote of the Cuban-sponsored
resolution at the UN General Assembly demanding the end of the economic, commercial and financial siege.

Washington and its loyal partner, Israel, abstained in the 2016 vote. That unusual step was not a result of the Obama´s administration
certainty that it was an unjust and cruel measure that inflicted enormous suffering upon the Cuban people. Instead, it was a move
conditioned by the understanding that the measure had failed to obtain its stated goals, and that it was just about time to change tactic to
destroy the Cuban Revolution.

In 2017, however, the annual procedure returned to the old days with the new Trump administration. Cold War rhetoric reached new heights
with the words of Republican Nikki Haley, former Governor of South Carolina and new US Ambassador to the UN.

“The resolution before us aims to end the United States’ “economic, commercial, and financial embargo” against Cuba. But let’s be honest
about what we really see going on here. This assembly does not have the power to end the U.S. embargo. It is based in U.S. law, which only
the United States Congress can change. No, what the General Assembly is doing today – what it does every year at this time – is political
theatre.

But the US diplomat´s threats and arrogance did not deter the world from overwhelmingly rejecting the blockade at the UN General Assembly
for the 26th time. The resolution was adopted with 191 votes in favor and the lonely negative votes of the United States and Israel.

The Cuban Minister of Foreign Affairs Bruno Rodriguez described the US representative remarks as disrespectful and said the US had not the
least moral authority to question Cuba.

On June 16, 2017 Donald Trump, signed the National Security Presidential Memorandum on Strengthening the Policy of the United
States toward Cuba.

This directive establishes a new policy that proclaims as one of its main objectives the tightening of the blockade against the island.

In his remarks prior to the UN vote on the blockade this year, the Cuban foreign minister said that the US economic circle remained as
cruel as ever.

“The blockade is a flagrant, massive and systematic violation of the human rights of Cubans and an act of genocide, since it aims toeconomically suffocate the people,” Rodriguez told the UN General Assembly.

In explaining their vote, several speakers described the blockade as illegitimate, immoral, illegal, unilateral, extraterritorial and as a
blatant violation of the UN Charter.

Since the blockade was implemented in 1962 the economic damage it has inflicted on the island´s people is estimated in 130 thousand 178
million dollars.

Taking into account the devaluation of the US dollar vis-à-vis the price of gold in the world market, the losses amount to 822 thousand
280 million dollars, according to the 2017 report on the Resolution presented by Cuba to the United Nations.

The Cuban resolution is a clear message, and it bothers the US Administration.

As 2018 approaches, there is no reason to believe the Trump Administration will change the nearly 6 decades old policy that is
opposed by the American people and the international community.

The Cuban people, of course, hopes that this absurd policy will be eliminated in the future. What remains quite clearly is that when that day comes, it will not be
at the expense of the island´s freedom, sovereignty and independence.