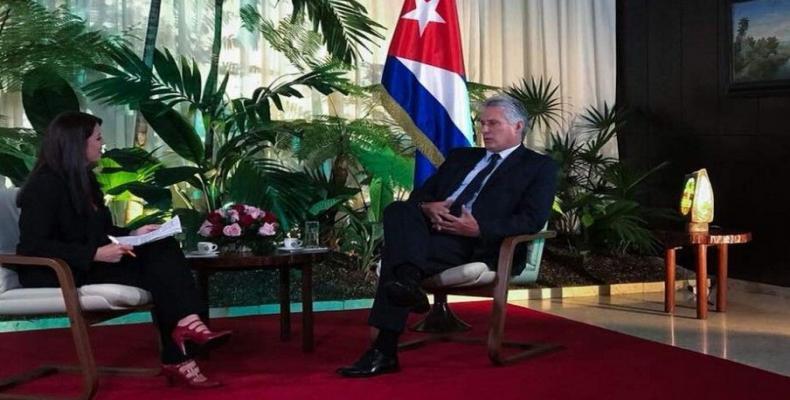 The Cuban leader made those remarks to Venezuelan-based teleSUR multinational network, in the first in-depth exclusive interview with
a media outlet since he took office last April 19th.

Diaz-Canel described the economic blockade as an inhumane and brutal practice and he said his government could not talk with U.S. President Donald Trump as long as Trump's administration kept its “abnormal” attitude towards the island.

“We want to dialogue but it must be as equals,” he said in the wide-ranging interview conducted by teleSUR´s President Patricia
Villegas, which aired on Sunday evening.    Responding to the criticism that the Cuban government was “obsessed”
with the blockade, he said that the obsession was really Washington’s.

“We do not accept impositions and we are not willing to make concessions,” he said.  "We want to live in the normal conditions of a country.  We are not a threat to anyone.  All we want is social justice and to build a better world,” he stressed.