The Scent of Cuban Cigars Travels around the World 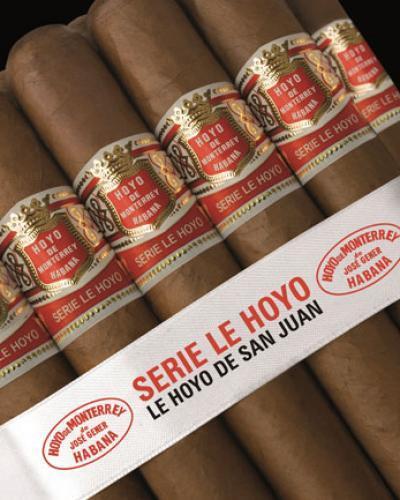 Guests and journalists attending the 26 Habano Cigar Festival in the Cuban capital took part of tour of tobacco-leaf plantations in famous Pinar del Rio province on Tuesday, after they took part of a welcoming gala on Monday, which was dedicated to famous brands Partagas and Hoyo de Monterrey.
New cigar shapes for both brands are a major attraction at this festival, as well as the marriage of habano cigars with Cuban and Belgian beers in a effort to take the taste of Cuban cigars to new scenarios.
Trinidad is the name of the cigar brand to be at the center of attention on Wednesday during a ceremony at Havana’s Fine Arts Museum, and participants will also have a chance to take a first-hand look at cigar rollers making their job at local factories.
The festival will conclude on Friday with an evening gala, humidor auction and the granting of the Habano Men 2013 Prizes in the categories of communication, production and marketing. Like every year, the funds raised at the auction will be used to support the Cuban Public Health System. Famous artists will perform in this event, including musician Edesio Alejandro who was nominated to the 2010 Latin Grammy Awards, and one of the great Cuban singers, Adriano Rodríguez, the winner of the Cuban National Music Award in 2013.
The event, which is being covered by 225 journalists from 34 countries including specialized media, also opened a commercial fair with 68 exhibitors of premium cigars, humidors and other articles relevant to the world of cigars.
The festival has been dedicated to the brands Partagas, H. Upmann, Hoyos de Monterrey and Trinidad, and to the 20th birthday of Habanos S.A., the company that markets some 27 Cuban cigars brands in over 150 countries.
Walfrido Hernández Mesa, Co-president of Habanos s.a., said that “the experience acquired over these 20 years, as well as our excellent collaboration with the industry and agriculture, are the basis to continue to grow in the future in leadership of totally hand made cigars”. In 2013 Habanos S.A. earned 447 million dollars.
Ana López, Marketing Director at Habanos s.a., says that one of the main achievements of the company in its 20 years of life was “the consolidation of the company's position as a leader in distributing Premium cigars.
For more information you can visit www.habanos.com