The heroic guerrilla, an icon in the history of photograhy 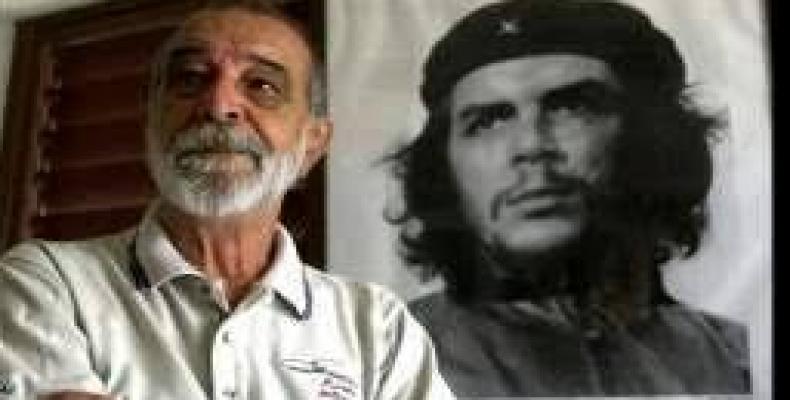 IT was March 5th 1960, a massive concentration of people to give their last farewell to 101 soldiers and harbor workers, including six French sailors who were the victims the day before of a CIA-led sabotage against the French freighter La Coubre, which was blown up at a Havana harbor pier while workers were downloading a cargo consisting of weapons and munitions for the Cuban army.

Fidel Castro, then Prime Minister of the Revolutionary Government of Cuba addressed the people about the sad event.

While he spoke there was this photographer sent by the Revolucion Newspaper to cover the rally, his name was Alberto Diaz, known as Korda, who accidentally took a picture of Ernesto Che Guevara that would later become a symbol for millions around the world.

According to Diana Diaz, daughter of Korda, the famous picture is considered to be the most reproduced still in the history of photography.

Recalling her father’s anecdotes about the historic moment, in an interview with the Chinese television, some time ago, Diana revealed details about the story of the emblematic picture known in Spanish as El Guerrillero Heroico, The Heoric Guerrilla, which depicts Che wearing his well-known beret with a star on the top and his leather jacket, a glance of deep expression.

“My father who was standing in the crowd at some 50 meters from the podium… made some panning with his camera around the podium and right at that moment, Che who was not in the front, but in the back row, gave some steps forwards and got into his camera frame, and he was so surprised that he could only shoot, then he turned the camera for a second shot, but Che turned around and went back again.”

Korda took several pictures of the rally and filed the event into history; he ran with his pictures to the newspaper editors, who took the photos but discarded the one, which they never imagined would prevail through the years.

“They did not use it, did not use it. We have gone through the papers of that time and studied all photos of the time. Even my father spoke about it, that day, he actually he ran to the studio he prepared the chemicals and he revealed that picture as well as others, which were published by the newspaper. But that paper decided not to publish that image of Che because they had other photos, said Korda’s daughter.iend of my father, wrote him a note to meet with photographer Korda in his studio and to speak with him on her regards.

So Feltrinelli went there, he spoke with my father and told him he wanted this picture, the portray of Che. My father actually had this beautiful wall in his studio where he would put on the photos he liked the most and there was the photo of Che, and the man, looking at that picture said this is the one I want.

My father told him, come tomorrow, I will give you the picture. Feltrinelli went the next day, he was given two copies and when he was going to pay, my father said oh, no! don´t you worry about it, it is a present of mine. This happened in August, and in October Che died, and Feltrinelli ordered one million posters to be published, because there was a circulation around the world of photos of Che dead at the Higuera site, very tough images of him dead, without shirt and with his eyes open.”

Diana recalled that those were times of unrest in many Latin American and European nations with youth movements speaking out their minds in demonstrations and the image of Che became a symbol rebelliousness for those who wanted a change, a social change and it began to appear not only in posters but also in T-shirts.

Korda, the photographer once said in a documentary made by Cuban filmmaker Roberto Chile that “it’s unbelievable that this image I took so spontaneously and with no previous thinking of it had become, according to the French author of a book he kept with the best 100 photos of the year the most reproduced picture in the history of photography.

This story is dedicated to the ever-present ideas and principles of Comandante Che Guevara in Cuba and around the world, on his the 90th anniversary of his birth.