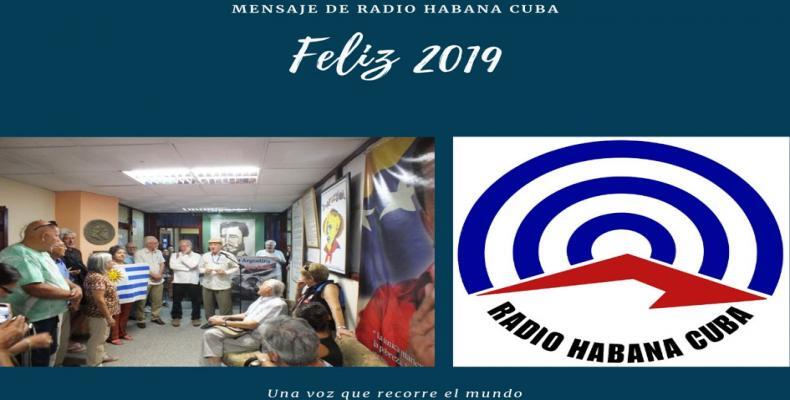 The internationalist collective of Radio Havana Cuba wishes all of our listeners and friends around the world a very Happy New Year, on this January 1st -- the 60th anniversary of the Cuban Revolution.

During our celebrations, we can't forget the enormous sacrifices that our people have endured over the past six decades to preserve Cuba's independence and national sovereignty.

We have fought for 60 years against the world's largest imperial power, the United States, which maintains a genocidal blockade against our island.  And, over these years, we have been proud to receive the solidarity of people around the world -- including the United States -- and to share our achievements in medicine and education, for the benefit of all.

Cuba is celebrating this New Year with renewed hope for our people.  This year, 2019, will see the referendum on a new Constitution in February and, later this year in November, the celebration of the 500th anniversary of Havana, the Cuban capital.

Radio Havana Cuba -- a shortwave radio station envisioned in the Sierra Maestra during the struggle against the Batista dictatorship and on-the-air during the U.S.-sponsored Bay of Pigs invasion in April 1961 -- remains committed to continue our transmissions around the world in seven different languages.  We broadcast on our international shortwave frequencies, streaming audio on our Web site and FM frequencies in Havana and across the island... with the truth about what's happening in Cuba.  And we remain totally committed to the principles of the Cuban Revolution.

A very HAPPY NEW YEAR from all of us in the English-language department of Radio Havana Cuba!