An unstoppable wave against the blockade 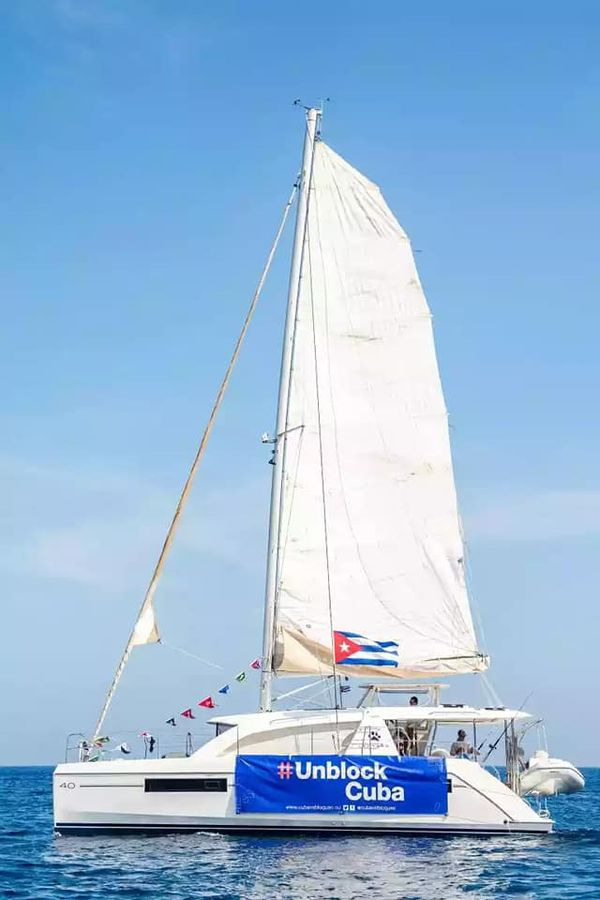 This Sunday, and in spite of the COVID pandemic, many people around the world once again came out against the U.S. blockade of Cuba.  And for the first time, a regatta was held in front of the Havana seawall with the participation of boats from a number of countries, including yachts flying the U.S. flag.

Presumably, the U.S. Embassy in Cuba, although its staff has been greatly reduced after the four-year term of Donald Trump, must have informed Washington of this development.  The building of the U.S. mission occupies a privileged place in front of the beautiful Havana waterfront, where the unique exhibition against the blockade took place.

I took the title of this report from one of the many messages sent this Sunday by the President of Cuba, Miguel Díaz-Canel Bermúdez, who said that "the worldwide protest against the blockade has become an unstoppable wave."

An unstoppable wave that will inundate the United Nations next June when the General Assembly will once again vote on the draft resolution against the blockade, which Cuba has been presenting since 1992.  The annual resolution has almost unanimous support of the nations represented in the highest international body.

This worldwide demonstration against the blockade, in which many Cubans living in the United States and other countries of the five continents participated, is a clear message that the current occupant of the White House must hear.  In the first one hundred days of his administration, Joe Biden has not reversed any of the 240 measures designed to intensify the illegal and criminal blockade against Cuba, which were approved by his predecessor, the infamous Donald Trump.

If, as has been said, Cuba is not a priority of the new U.S. administration, for Cubans and for many friends throughout the world, the existence of a blockade that has been in place for six decades and its extraterritorial scope constitutes a flagrant violation of the human rights of the Cuban people.  The elimination of the blockade is a priority.

The Yankee policy towards Cuba, with which annexationist Cuban Americans based in Miami were involved, must end.  These allies of Donald Trump must be stopped so that the true interests of the peoples of the United States and Cuba prevail.   And the U.S. Embassy in Havana, which was elevated to that diplomatic rank during the administration of which Joe Biden was vice-president, should once again become fully operational.